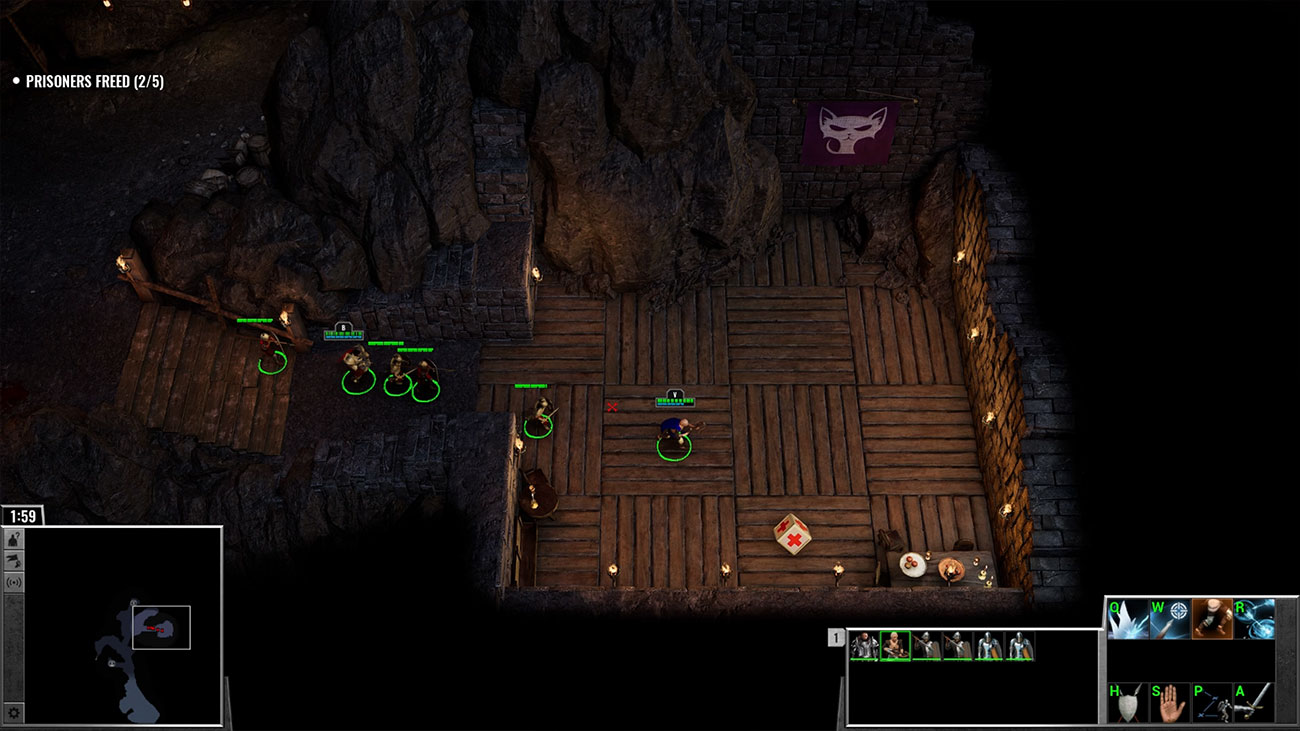 Indie real-time strategy Bannermen opts for a highly conservative approach to the genre, resulting in an overly simplistic title that fails to captivate.

With an oldschool/classic gaming feel, Bannermen offers a simplified medieval strategy real-time strategy experience which, while perhaps decent as an entry point to the genre, will disappoint RTS enthusiasts with its simplicity.

Back to the Dark Ages

Bannermen opens with a rather stock storyline of an unstoppable malevolent tyrant steadily conquering the world through domination and corruption, and the journey of those banding together to form an army and rising up against him.

While the campaign does try to take interesting approaches to keep each mission interesting — regular base-building domination missions are often interspersed by exploration/rescue missions focusing on the hero units, or wave defense — the missions remain uninteresting at best and broken at worst. Poor AI means that any mission played with an ally becomes something of a babysitting chore, as they’ll die remarkably easy, failing the mission and undoing perhaps 10-20 minutes of your time.

Meanwhile, the occasional bug meant that missions that required collection of certain items to progress sometimes became laborious, such as when a locked gate mistakenly consumed two collectible keys at once, making the mission unwinnable and prompting a restart. Oh, and that replays its introductory cutscene, all of which are completely unskippable. 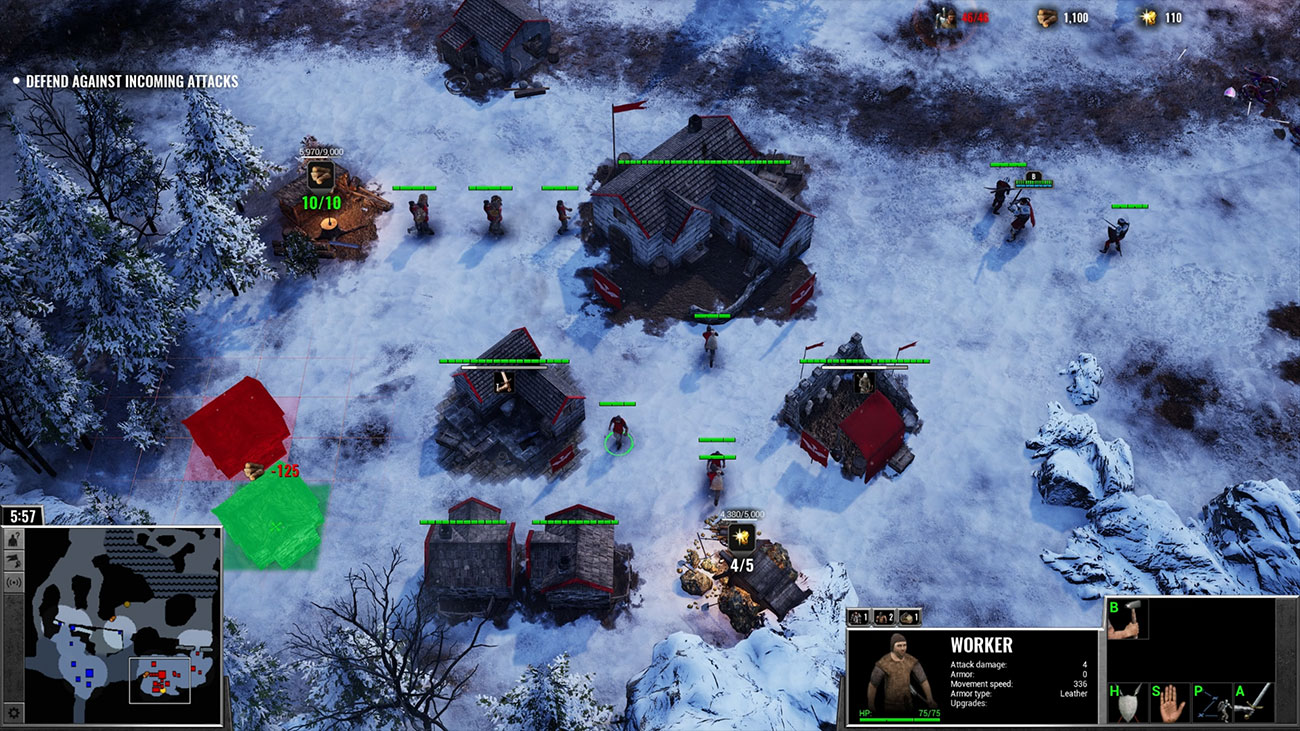 Gameplay itself is straightforward and reminiscent of the old Warcraft RTS games, with lumber and gold being the two main resources and a focus more on churning out a large basic army rather than gradually progressing through tech trees towards more advanced buildings and units à la Starcraft.

Both buildings and units have a surprisingly sparse range of options available; buildings cover the basic roles of raising supply cap, training units, and researching unit upgrades, as well as temples which can only be built on special altars around the map. Successfully building and defending a temple unlocks a particular cooldown-based spell such as a blizzard or volcano summon, and much like support powers in the Command & Conquer series they’re great for taking down clustered enemies or hostile bases.

All in all though, there’s only about ten different building types in Bannermen, several of which have unit production split up oddly — suicide bomber Convicts are trained at the same station as long-range siege Catapults. I would’ve liked to have seen a more traditional and well understood system of spreading units out, such as mounted cavalry with the catapult instead of the completely unrelated convicts, so that players intuitively know that building X produces light units such as soldiers and archers while building Y assembles heavy units. 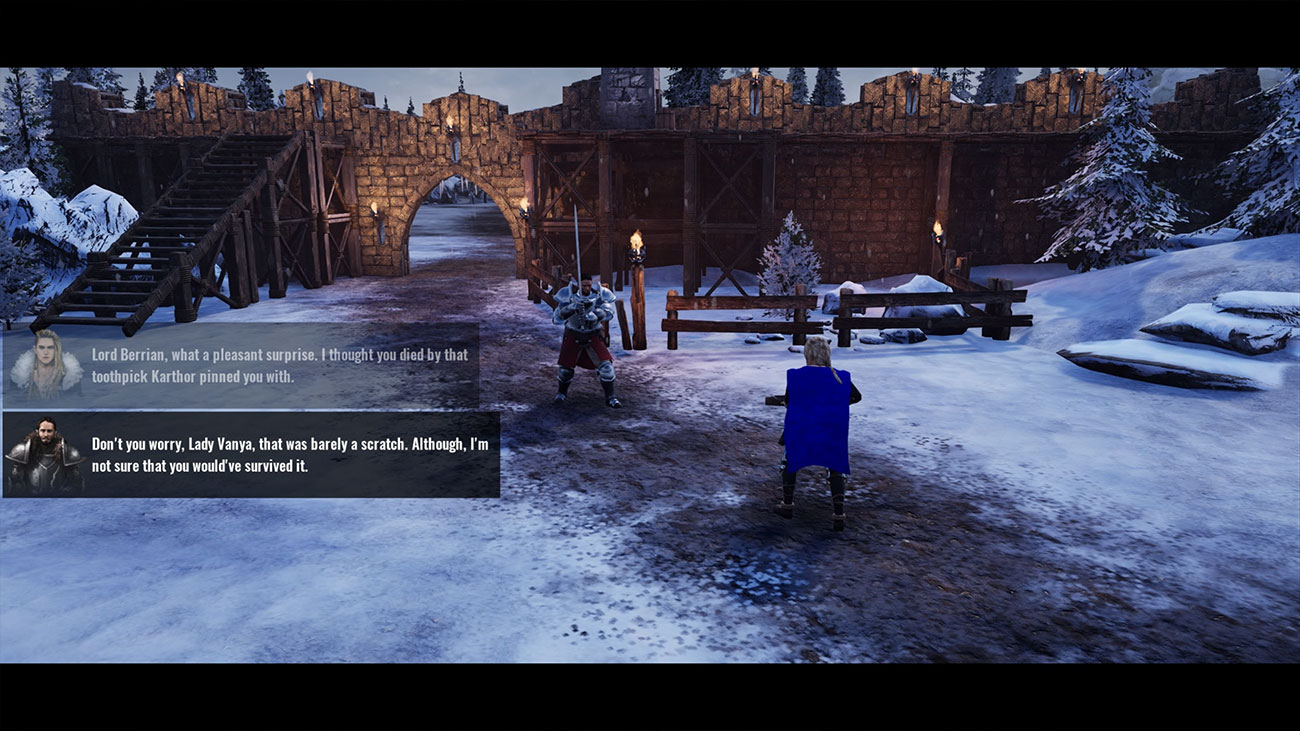 Units, too, feel underwhelming, with the standard assortment of archers, frontline knights, and ranged casters travelling alongside a powerful hero. Bannermen also opts for just a single faction, so beyond a choice between which hero unit you want in your army, all players have identical buildings and units available to them. It’s a pity as modern RTS games have readily demonstrated that different factions and playstyles leads to richer, more varied games and adds huge amounts of depth.

Given that the Bannermen developers lack the big budgets of major players like Blizzard, it’s likely that multiple factions or playstyles was simply way beyond the scope of being able to develop in time and on budget; a new faction, possibly introduced via DLC, would really help shake the game up.

The main takeaway with Bannermen is that it feels disappointingly lackluster, as if it was a technical demo seeking funding in order to bring it to the level of polish and complexity that contemporary RTS players expect. Adequate, but uninteresting. 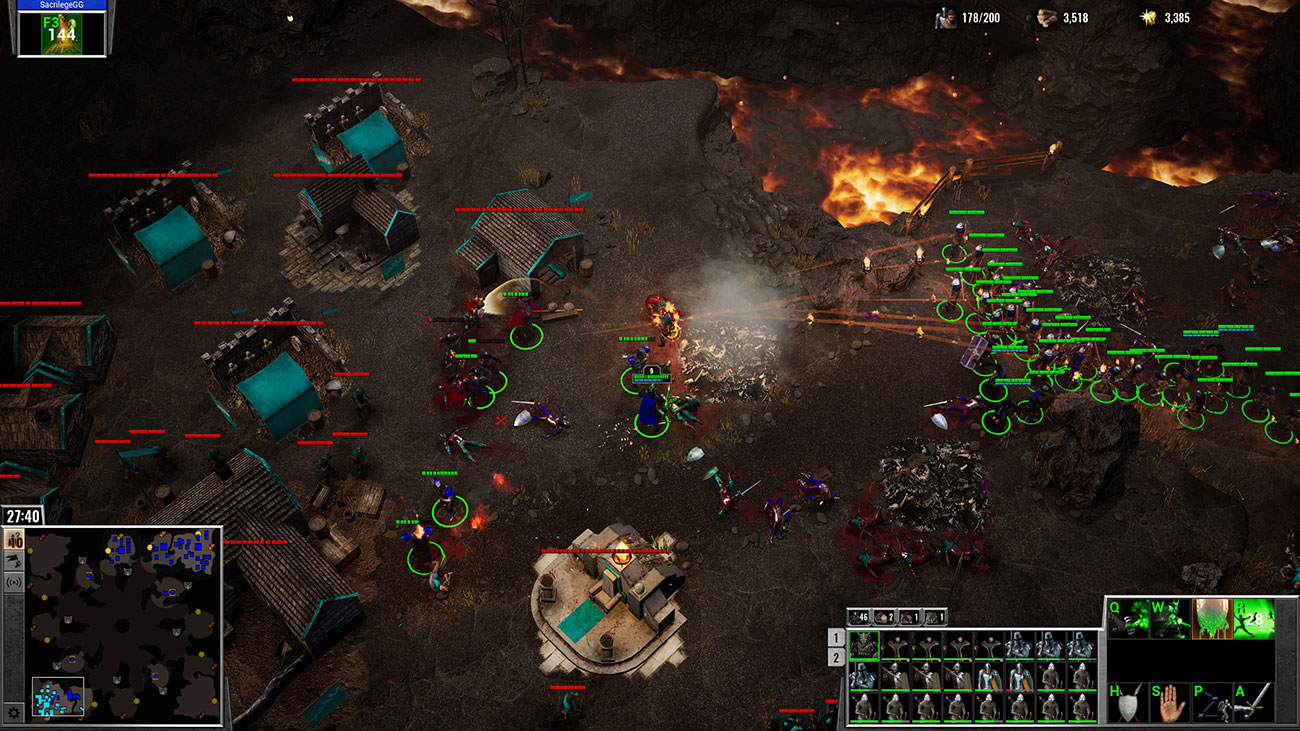 What others are saying See more on OpenCritic →

For now, I'd steer clear of it—unless you don't mind a shallower RTS experience. But, if you're going into Bannermen expecting the next Starcraft, Age of Empires, or Warcraft 3… well, you're going to be sorely disappointed.
— Josh Hawkins (@DatRageGuy) for ShackNews

Bannermen feels half baked and underfunded. It takes ideas from classics, but you're really better off playing those again.
— Lane Martin for CGMagazine

A real-time strategy game that achieves the basics but fails to expand on it in any way.
— John Jacques (@Makelevi) for Screen Rant