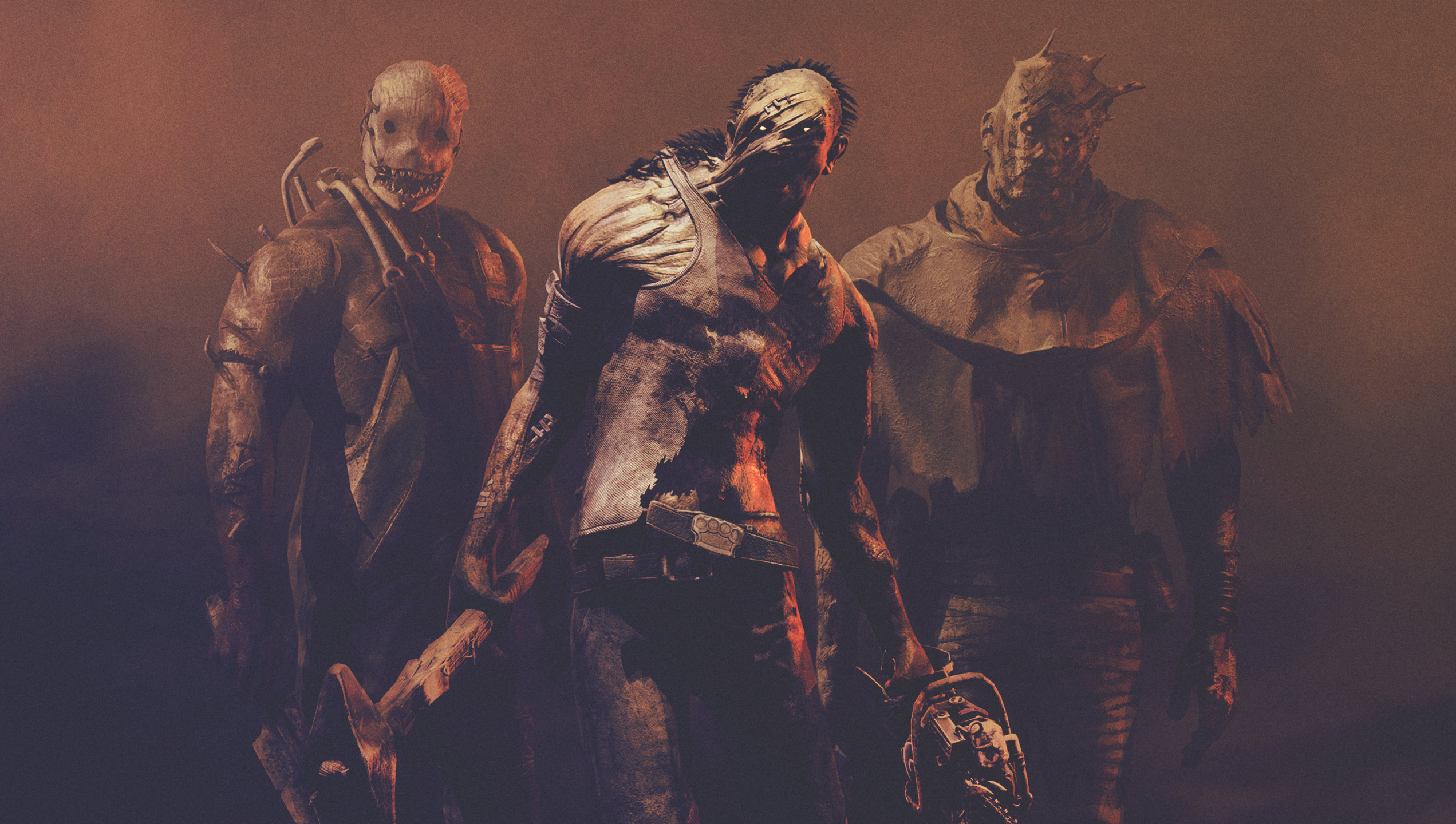 Dead by Daylight is a four-versus-one asymmetric multiplayer game where four survivors have to work together to covertly fix generators in order to power and open their escape route, while a fifth player takes on the role of a relentless killer, hunting down the survivors in order to sacrifice them one by one.

I’m a big Dead by Daylight fan — I’ve clocked hundreds of hours on the game, and enjoy playing both sides of the experience, which is why it’s both saddening and frustrating to see a few core design flaws remain. While you can ask about the game’s main issues with any experienced Daylight player and get a variety of responses, a few in particular always stand out. I’m going to try to address these today, along with how I’d approach the issues from a design perspective.

While Dead by Daylight is still going strong and has a passionate (and often trolling) community, many players are gradually becoming more jaded over time as certain game elements become obvious as pain points — especially for those who put a lot of hours in and play at the highest ranks.

Perhaps the biggest culprit is one particular equippable perk called Self Care which allows survivor players to heal themselves at their convenience without a first-aid kit or another player’s assistance, at a “cost” of performing it at a slower speed. Consistently pointed to by killer players as a major stumbling block and recently admitted to by the development studio as the most used perk by a wide margin, the problem here isn’t being able to self-heal, but to do so an infinite number of times. 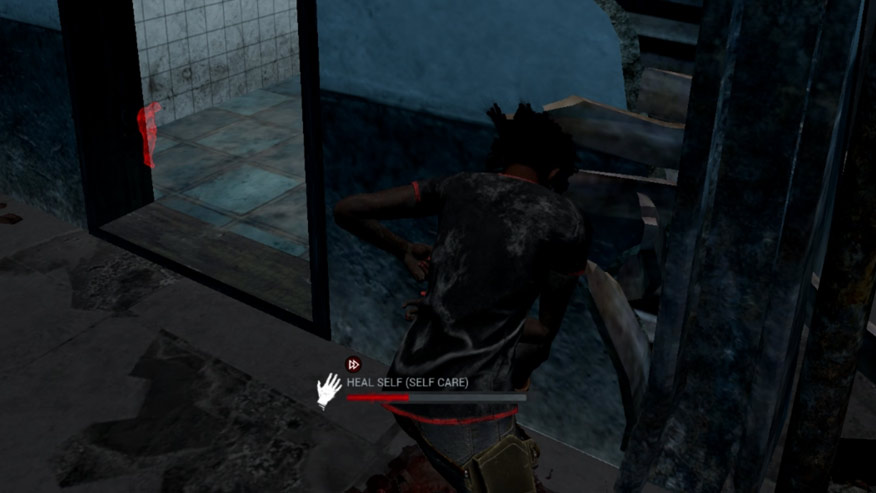 Self Care essentially nullifies any real feeling of danger survivor players have from being currently in an injured state; all they need to do is get to a safe spot, and moments later they’re back to full strength. It dilutes the threat that a killer imposes when his prey can quickly and trivially get back to a healthy condition.

It’s primarily this perk that has led to a rise of killers “tunneling” survivors they catch off-guard: incessantly chasing down a victim until they’ve successfully downed their prey. The ever-looming threat of the Self Care perk means that, should a killer lose their target — whether due to smart mindgames from the survivor, or the killer choosing to break off to check objectives or another survivor — that player is going to quickly heal up from any damage received during the chase, making the entire chase an utter waste of time for the killer.

We propose the following change: Self Care has a very limited number of uses, likely one per match, similar to other powerful perks like Decisive Strike or Unbreakable.

For killers, this makes injuring survivors considerably more useful, as they’ll need to burn through first-aid kits or rely on the aid of other players to get back to full health; with the unlimited heals gone, survivors will be far less likely to act toxic, teabagging killers and bodyblocking knowing that their first hit taken each time carries no real danger.

For survivors, the game will actually become tense and exciting again; first-aid kits will be useful and desirable, and perks such as Pharmacy — which guarantees a high-level first-aid kit the first time you search an item box each match — will be much more viable. Most survivor players who jump onto a new character and forced to play without the crutch of Self Care admit that the whole experience brings more unease, a feeling of not knowing how things will go, a refreshing sense of vulnerability — and they enjoy it.

Given the game is based on the premise of four fragile survivors trying to band together against an insurmountable force, a feeling of danger is not only sensible but expected by survivors, who currently have the odds fiercely in their favor.

Sadly, the developers spoke of the perk on stream and mentioned that survivors would essentially be up in arms with pitchforks should they make any changes to Self Care. While it’s good practice to keep your player population generally happy — and given that there’s four survivors against one killer each match, siding with survivor-focused players keeps them on the majority’s good side — fear of reprisal just for balancing your game is a self-destructive spiral that will end up gutting the player experience and ultimately killing off a game.

Balancing for an enjoyable experience for everybody is much better than leaving certain gameplay elements unfair just to avoid a little internet drama. 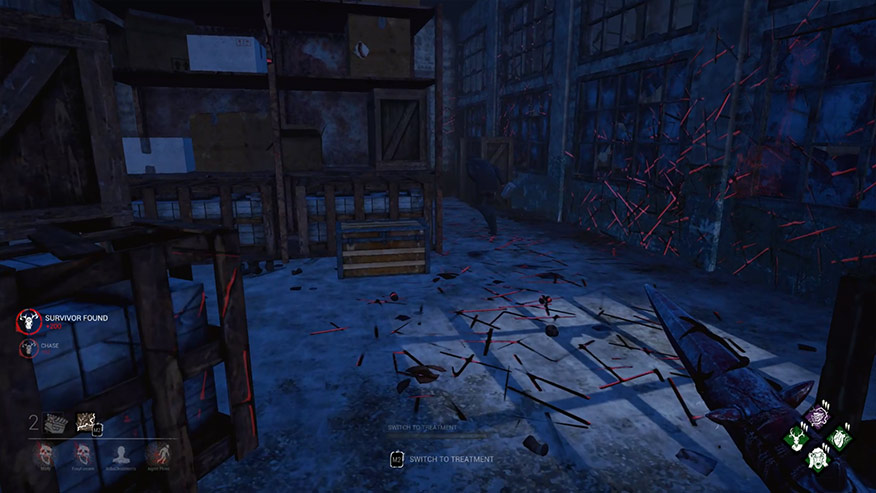 The other perk most overwhelmingly despised by the playerbase as a whole is Decisive Strike, an ability that gives grabbed survivors a one-time immediate chance to break free of their grasp, stunning the killer and allowing them a headstart to disappear.

Given how the perk is only useable once for a survivor, and how it works exactly depends on whether that player is the killer’s “obsession” or not, makes this much tougher to balance, keeping it viable enough to still be useful for survivors while finally stopping a group of four survivors running the perk from being an unplayable mess for killers.

We propose the following change: Decisive Strike mainly focuses on improving chances of wriggling free from a killer by increasing the wiggle speed by 20/25/30%. If the player is the killer’s obsession, their first successful wiggle escape also stuns the killer for 1/1.5/2 seconds.

This change encourages survivor players to focus on trying to activately working to escape a killer when grabbed rather than letting an immediate “get out of jail free” skill check pop up and instantly jump to freedom. The wiggle speed increase is substantial enough to prevent a number of hooking situations, particularly effective against the more dangerous basement hooks and working well alongside teammates willing to distract and block the killer to buy time.

Killers can choose to counteract potential Decisive Strike use with some of their own lesser-used perks such as Agitation (move faster while carrying someone) or Iron Grasp (increasing the time it takes to wiggle free). Enduring, which reduces the duration the killer is stunned, also gains value against this perk.

Beyond the main ‘meta’ perks however are a long list of situational perks for both survivors and killers that range from niche at best, to utterly worthless. Let’s take a look at some of the most neglected, unpopular and overall underwhelming perks, and see if we can change them into more viable options. After all, the more perks that can be deemed useful, the more varied and interesting matches will be for everyone.

Currently: Unlocks potential in one’s Aura reading ability. When the Exit Gates unlock, the Killer’s Aura is revealed to you for 3/5/7 seconds.

Proposed: Unlocks potential in one’s Aura reading ability. Whenever the Killer successfully attacks any Survivor, the Killer’s Aura is revealed to you for 1/3/5 seconds.

Currently: Unlocks potential in one’s Aura reading ability. 1/1/2 Generator(s)’ Auras are revealed to you for 4/8/8 seconds when starting a trial.

Proposed: Unlocks potential in one’s Aura reading ability. The Auras of Generators currently being worked on by a Survivor within 36/72/unlimited range are revealed to you.

Currently: The growing odds of a successful escape fill you with hope and give you wings. Your movement speed is increased by 5/6/7% as soon as the Exit Gates are powered. This Perk is only active for 120 seconds after the Exit Gates have been powered.

Proposed: The growing odds of a successful escape fill you with hope and give you wings. If you are currently hooked at the moment the Exit Gates are powered, your sheer willpower raises the success chance of your next unhook attempt to 40/70/100%.

Currently: Unlocks the stealth ability. By standing still for 4/3/2 seconds, you reduce your Terror Radius to 0 metres and thus become stealthy until you move or act again.

Proposed: For the first six seconds of a chase, your terror radius is reduced by 8/12/16 metres.

Currently: Your fervent care of the hooks found in the Basement has aroused the Entity’s interest. The Basement Hooks are granted the following bonuses:
3/6/9% faster Entity progression.
5/10/15% increased difficulty on escape attempts.
3/6/9% increased penalty to escape fails.

Proposed: Auras of survivors hooked in the Basement can only be seen within 64 metres/32 metres/cannot be seen.

Spies from the Shadows

Currently: The Crows found in the world can communicate directly with you. 50/50/75% of the time, cawing Crows give you a visual clue when you are within 16/24/36 metres.

Proposed: The Crows found in the world can communicate directly with you. 50/60/70% of the time, cawing Crows give you a visual clue when you are more than 72/48/36 metres away.

So, what do you think? Do you agree with my proposals, or do you think these changes are too strong? Let us know in the comments below, or by tweeting @SacrilegeGG or @Game_Cynic.