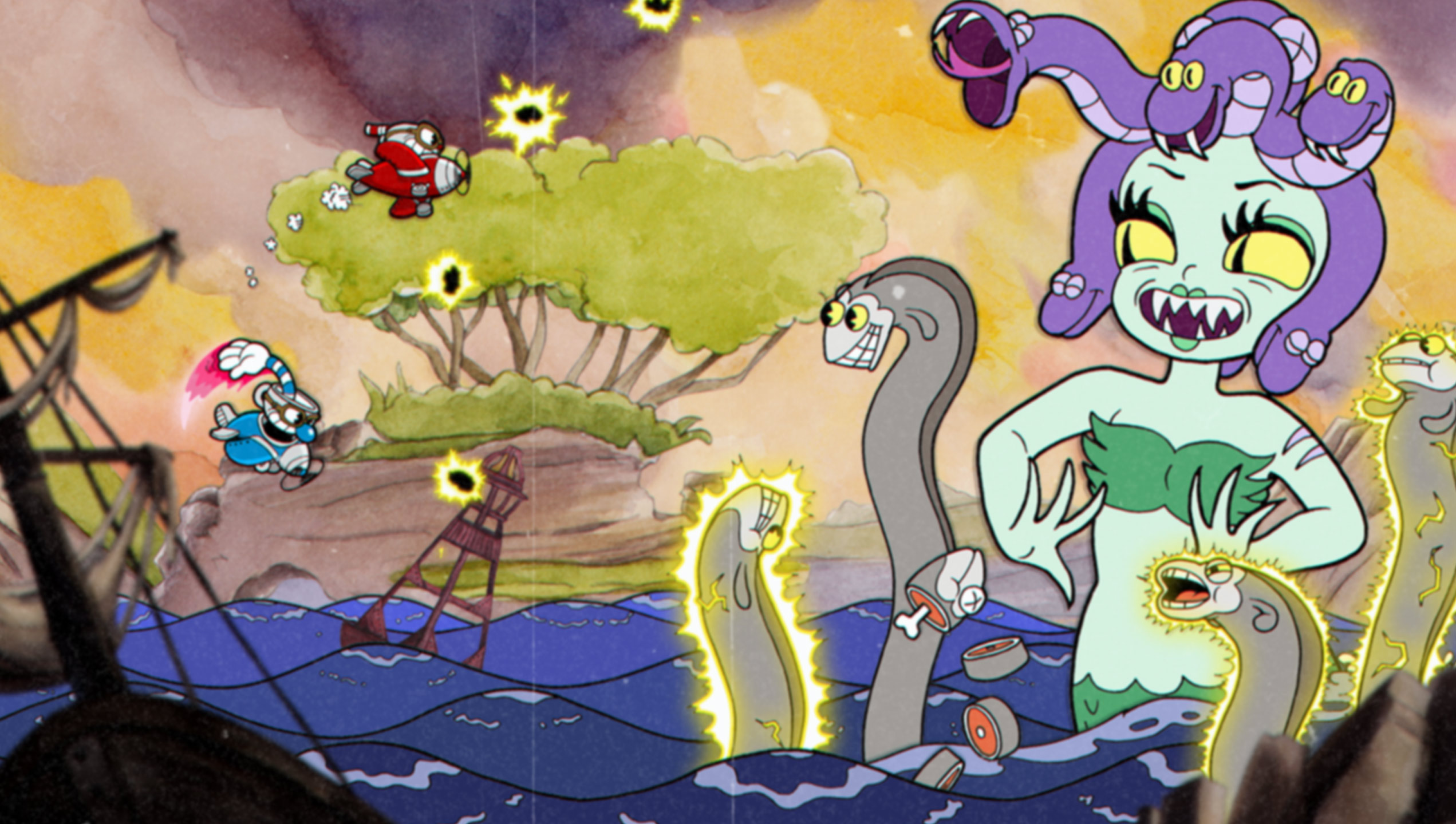 Inspired by and stylised as classic 1930s cartoons, Cuphead tells the story of Cuphead and Mugman as they struggle to break free of their unfortunate, accidental deal with the Devil.

An unusual title in that it’s mostly a boss fighting game with a few side-scrolling platformer segments sprinkled throughout, Cuphead is a surprisingly tricky game that manages to navigate the fine line between punishing difficulty and fun replayability.

Oldschool in every way

Your eyes aren’t deceiving you — this game looks exactly like a ’30s cartoon. Caricature design, jazzy soundtrack, quirky animation; everything about Cuphead screams vintage cartoon, and the game nails the era perfectly. If nothing else, Cuphead is a visual treat — the character design and animation have all been painstakingly hand-drawn to match the old toons, and Studio MDHR have absolutely perfected the aesthetic tone and feel of America’s golden age of animation.

Cuphead is similar to titles like Shadow of the Colossus or Titan Souls in that the majority of the game revolves around tackling boss fights. Playing solo or with a friend in local two-player co-op, it’s you versus an eclectic array of bosses which range from the unusual to the downright bizarre. 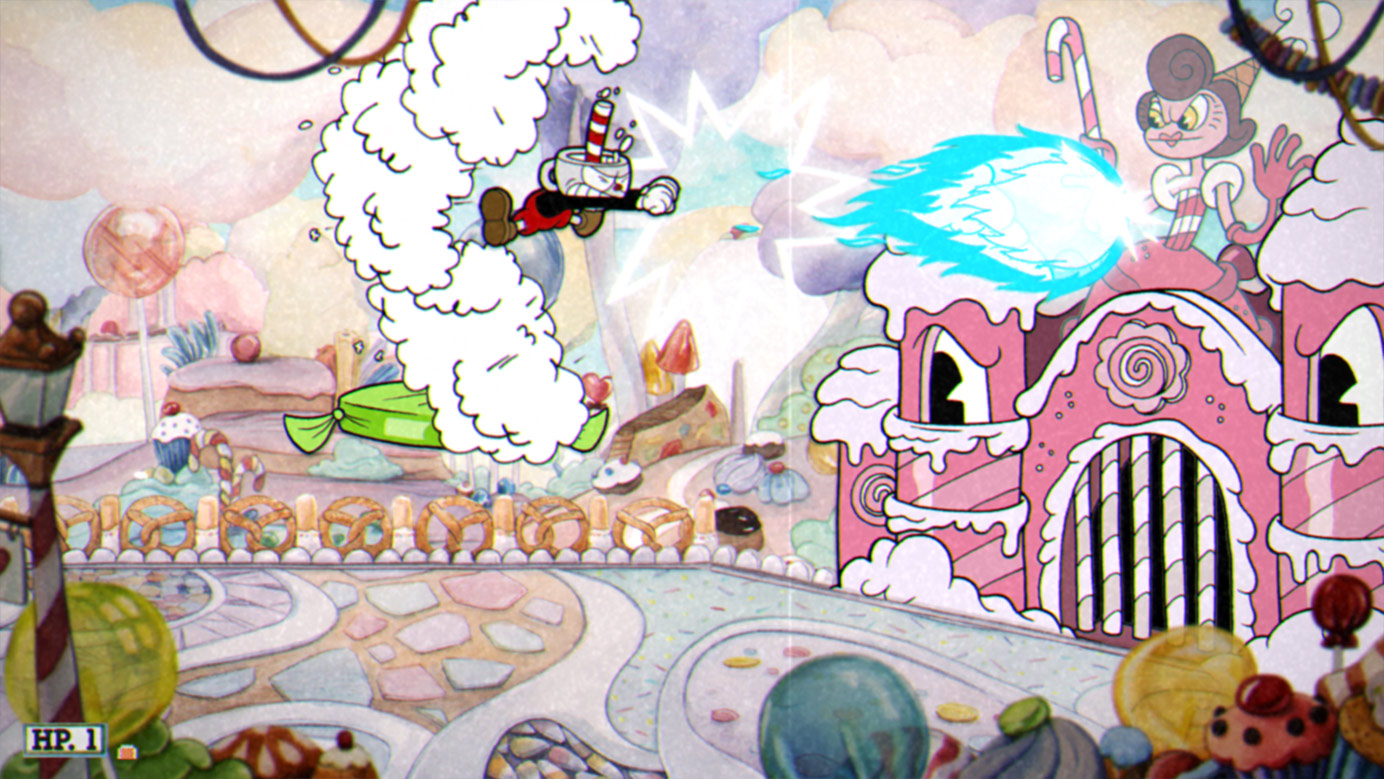 It’s easy to be caught off-guard by Cuphead‘s quaint and whimsical charm, but the game soon makes it clear that it means business. Bosses don’t pull any punches, and soon escalate towards frantic bouts of constant dodging, zooming and shooting as you desperately try to hold on through ever-adapting waves of attacks. Just when you think you’ve finally figured out a boss, they’ll usually enter a different phase, changing attacks and suddenly throwing you off.

Each boss has a multitude of thematic attack phases, each of which require you to learn quickly and adapt to changes to their attacks and position, as well as countless environmental obstacles. To aid learning, it’s possible to take on each boss on a “simple” difficulty setting, reducing their health pool and removing a portion of their attacks and phases, though to progress through the game and unlock further areas you’ll need to take them down at full strength.

The simple difficulty setting doubles as keeping the game appropriate for all ages, and feels geared towards younger players who will no doubt be drawn in by Cuphead‘s adorable aesthetic.

When not tackling bosses, there are a number of more traditional platformer levels where you’ll need to dash through unusual areas such as giant trees and circus tents while trying not to die from the countless obstacles and enemies aiming to take you down. These levels are the main source of coins, which can be spent at shops to buy new weapons and power upgrades — making a big difference in the way you approach boss fights, and hopefully giving you enough of an edge to power through the trickier ones. 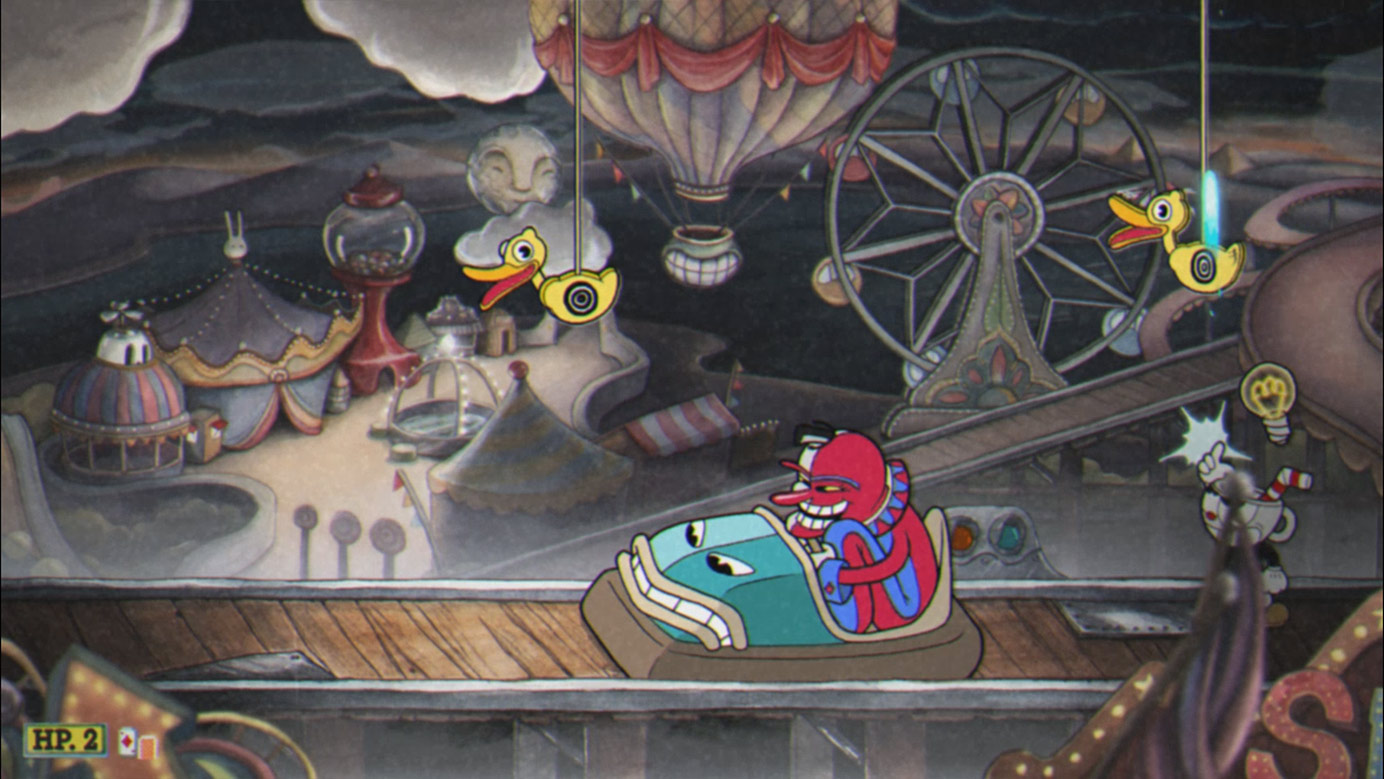 Though perhaps unexpected given the visual style, Cuphead is probably going to appeal to patient gamers who enjoy the challenge of titles like Dark Souls or Furi, relentlessly hurling themselves against mighty foes until patterns are learned and timing is down to a tee. Cuphead‘s bosses are at their toughest when you underestimate them and try to rush through the battles; this isn’t a game of speed but rather taking your time, learning patterns and routines in order to figure out the best approach for each stage of every boss.

The boss difficulty and length will ultimately make or break whether or not you’d enjoy the game. Bosses get progressively more complex, and (without spoiling much) you’ll be having to plough through a whole barrage of boss battles towards the end, with one wrong move sending you scampering back to the beginning of the bunch. If this sounds awesome, then you’ve found your next game to buy; if not, keep an eye out for opinions and gameplay videos to see whether it sounds enjoyable.

The game isn’t without bugs, either. Re-opening the game one time led to disappointment once I realised it hadn’t actually saved the progress I had made over the last hour of gameplay, forcing me to repeat a few of the tougher bosses just to reach my previous point once more. We were given a Windows 10 Store copy for review rather than a typical Steam version, so perhaps (and hopefully) this bug is only a potential issue for those grabbing the title on PC through the Windows Store rather than on Steam or XBox — a very small portion of the playerbase. Nonetheless, it’s something to watch out for, and perhaps a day one patch will prevent or alleviate the issue.

While not a terribly long experience if you’re a fast learner, Cuphead is altogether an enjoyable experience. For fans of games which require repeated attempts and reward patience and endurance, this might just be the next title you need in your library. 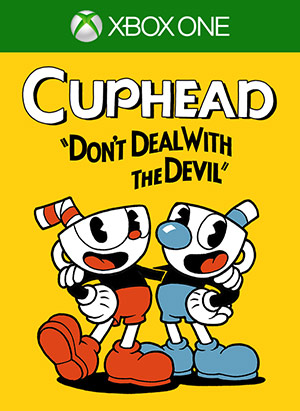