Sixteen elite teenagers, trapped in an unusual school, are forced to play a killing game: Murdering another student without being caught is the only way to escape.

Disoriented and confused, sixteen strangers find themselves locked inside a mysterious school with no memory of who they are or how they got there. All they recall is their own special ability, as each character here is an “ultimate” — the very best in their field. As with previous Danganronpa titles, the ultimates trapped in Killing Harmony vary wildly, from ultimate anthropologist and ultimate robot, to pianist, astronaut and even the ultimate cosplayer.

Informed by the deranged Monokuma — the school’s apparent headmaster, who happens to also be a maniacal talking teddy bear with attitude — the only way for anyone to escape is through murder, and surviving the subsequent class trial.

Fans of previous Danganronpa games will very quickly find themselves back into the rhythm of things, as the formula established by previous titles continues just the same. Danganronpa is essentially split into two very different types of game.

Exploration and investigation involves walking around the school and surrounding environment in first-person, talking to other students and examining areas à la visual novels. You’ll typically get a couple of in-game days to learn more about the school environment and spend time with other students of your choice to learn more about them, before somebody inevitably succumbs to motive and ends up killing another.

Once a body is discovered, you’ll need to investigate the area, looking for clues about what exactly happened and who could’ve been responsible; after all clues have been found, it’s off to the class trial, where you’ll go through a series of debates, attacks and minigames in order to figure out the truth behind the murder. Unlike exploration and investigation, class trials are far more hands-on and action heavy, where fast thinking is essential to continue. 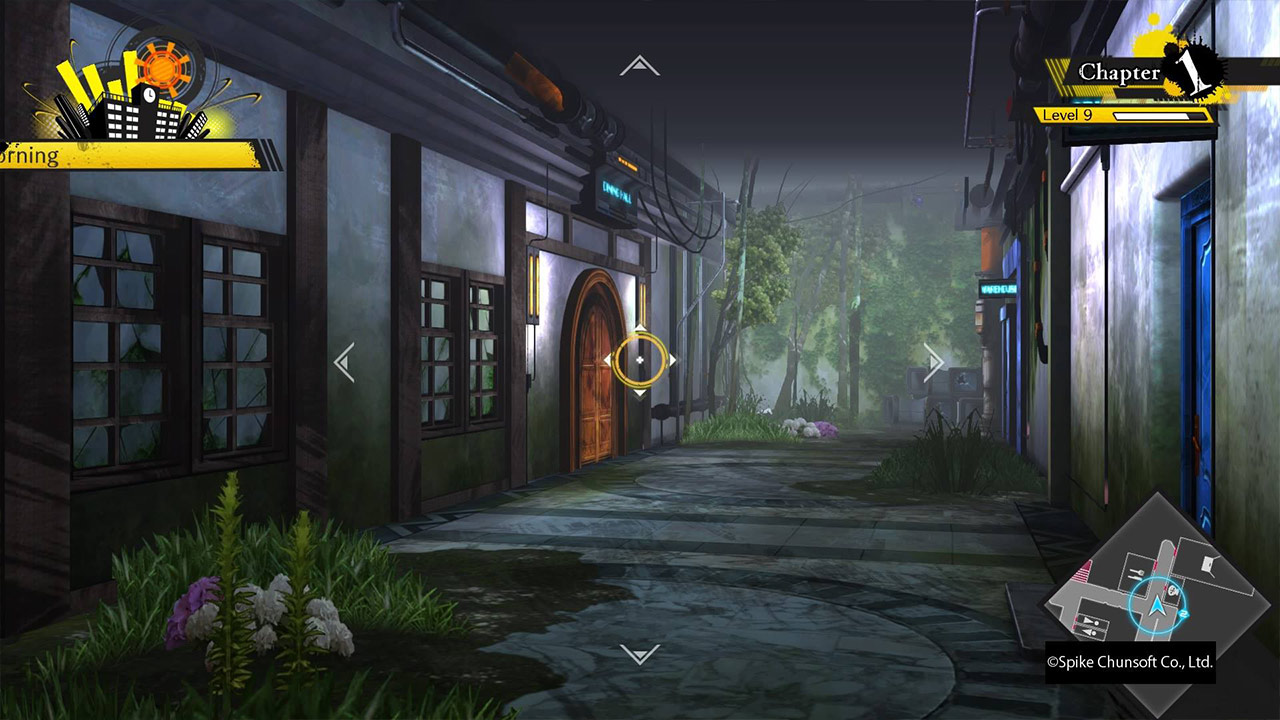 While the murder methods themselves are reasonably easy to figure out, they’ve still come a long way from the earlier games in the series (especially the very first Danganronpa murder, where the culprit was quite literally written on the wall next to the victim…), and the real investigation comes from determining who actually committed the crime, not how it was done —and it’s precisely where things get deceptively sneaky.

Killing Harmony does a great job at being tricky with their culprit revelations. Figuring out who would have been capable of pulling off each murder isn’t always as easy as it seems, and sometimes the game will blindside you and put you on the spot by asking you who the likely culprit is when you probably have no real idea. In typical Danganronpa fashion the murders tend to be rather extravagant, but never to the point of convolution; typically they’ll be set up either to mask all traces of the killer, or to divert attention elsewhere.

Class trials are the main bread and butter of Danganronpa, and probably the biggest draw of the series. Trials have one function: Everyone needs to ultimately decide upon who they think is the murderer. If the majority votes correctly, the murderer is executed; an incorrect vote however means the murderer walks free from the school, whilst everyone else dies. With this much on the line, smart culprits will often try to manipulate trial direction and steer towards false conclusions. 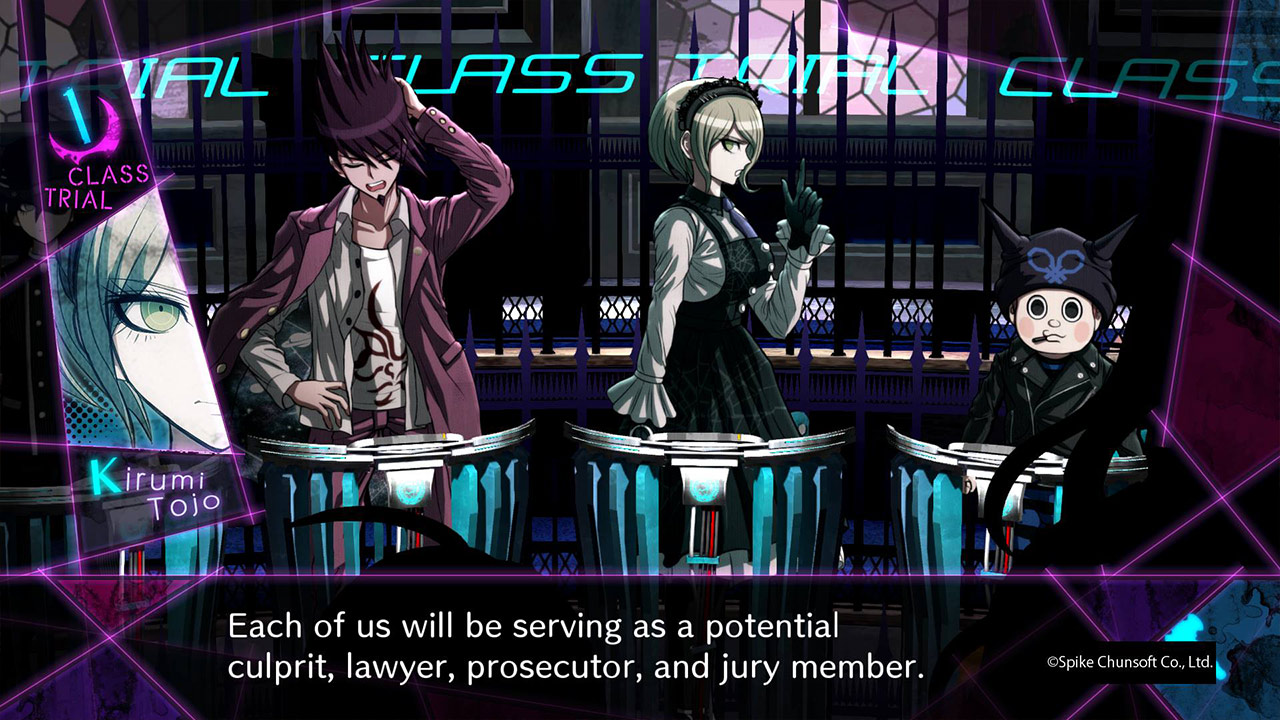 Trails are made up of multiple sections, the most common of which is the non-stop debate: students will give their opinions on the current topic in turn, and you’ll need to use evidence correctly to disprove (or agree with) exactly the right statement. It’s an easy process at first, but as the game progresses finding the right match can get quite complicated, with your lifebar taking damage per every wrong guess.

Breaking up these non-stop debates are a multitude of mini-games and more advanced versions of debates, some returning from older titles while others being brand new to Killing Harmony. You may have to deal with mass panic debates, where three people are all yelling and making statements at the same time, or going head-to-head when the court is evenly split on an important opinion. Other times, you’ll jump into quirky mini-games to represent figuring out clues, such as a hangman’s gambit collecting letters in a correct sequence, or an Outrun-style racing game, driving around collecting letters and aiming for the correct target statement on each lap.

One of the new mechanics introduced with Killing Harmony, is the ability to invert a truth statement or piece of evidence and make a lie out of it. This leads to unusual situations where you can’t disprove the court’s line of thinking, instead needing to commit perjury and knowingly lie to proceed. While you’ll progress as normal by lying as needed, there are carefully hidden secret paths through class trials if you can figure out deliberate ways of lying and deceiving the court. These are very difficult to find, especially coming from earlier games where you tend to laser focus on a statement to counter as normal, but having these secret detours add a level of replayability, enabling you to go back and try to steer trials in unusual directions once you already know the end result. 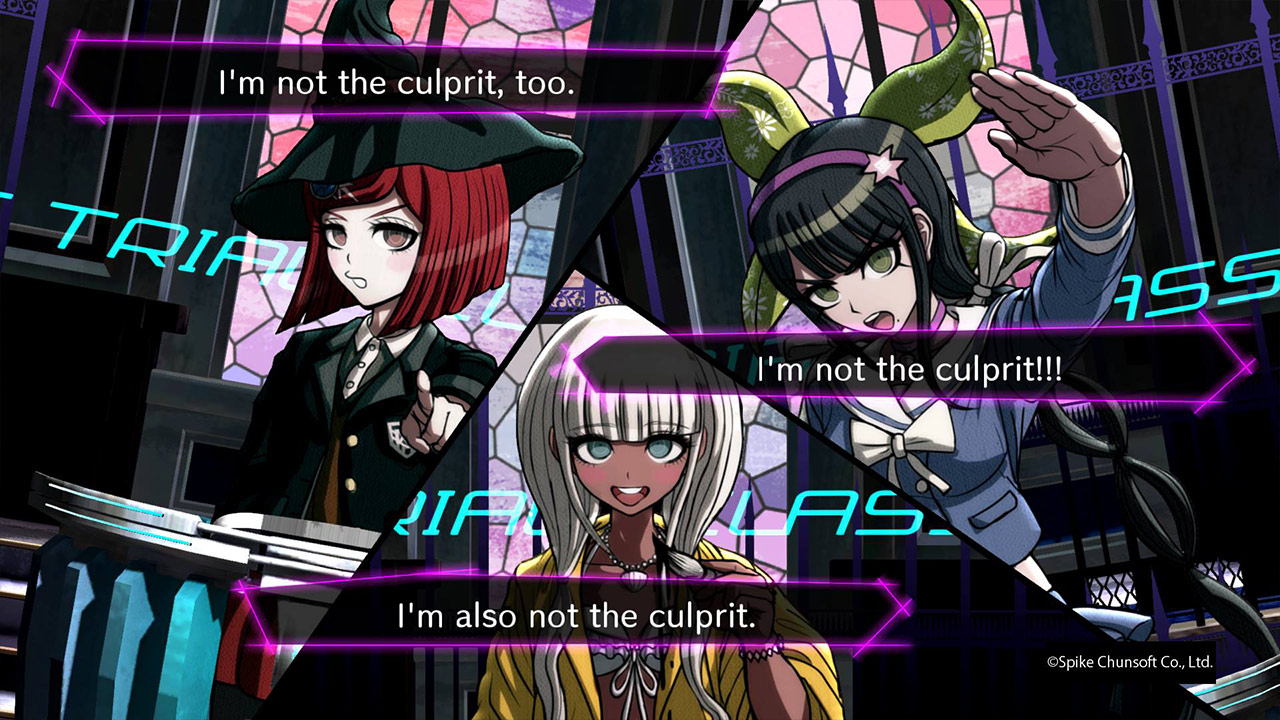 Killing Harmony is a fun title — newcomers to the series will quickly get to grips with how everything works, while series veterans will appreciate the in-jokes and nods to events in earlier games. The quirky, irreverent humor the series is known for is stronger and stranger than ever, with Monokuma now bringing along his oddball cubs to support him in running the school and generally messing things up. While not for everyone (and certainly not for younger audiences), the weird events and memorable lines manage to put a smile on most people’s faces. 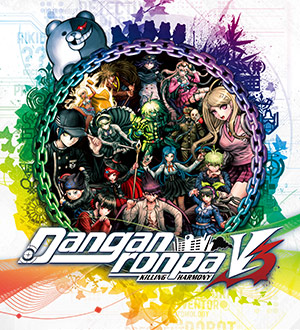