The light, gone. Your powers, stripped. Destiny 2 takes the strong hero you forged in the first title and kicks them to the curb, sapping them of strength and ability during a full-scale assault of Earth. Thus begins a tale of courage and redemption, an arduous journey to reclaim one’s lost strength and take down the imposing new threat posed by the fiendish Red Legion.

From the first steps into Destiny 2, veteran players will feel welcome. The game carefully sprinkles a few acknowledgments to past deeds and successes if you’ve ventured through the first title, with reminders of the major accomplishments and milestones you had previously reached being displayed when you first jump into the game as a character imported from the original title.

Various longstanding characters also refer to you by title and deed, where appropriate; upon seeing me for the first time here, Lord Shaxx welcomed me back as the iron lord he watched grow and form back in Destiny‘s Rise of Iron expansion. It doesn’t sound like much, but it’s nice little touches like this that help cement the Destiny universe as persistent and ongoing, rather than separate chunks of story unrelated to each other.

The storyline itself, while predictable, is solid and reasonably engaging. While there’s no shocking revelations and everything is standard fare it still has the panache to make the experience a fun one — events that unfurl as you progress give you more of an incentive to push on, where the original Destiny faltered with motivating players to explore new players beyond “it’s new, with new stuff”. In Destiny 2, you’re on a mission, both for yourself and humanity as a whole. 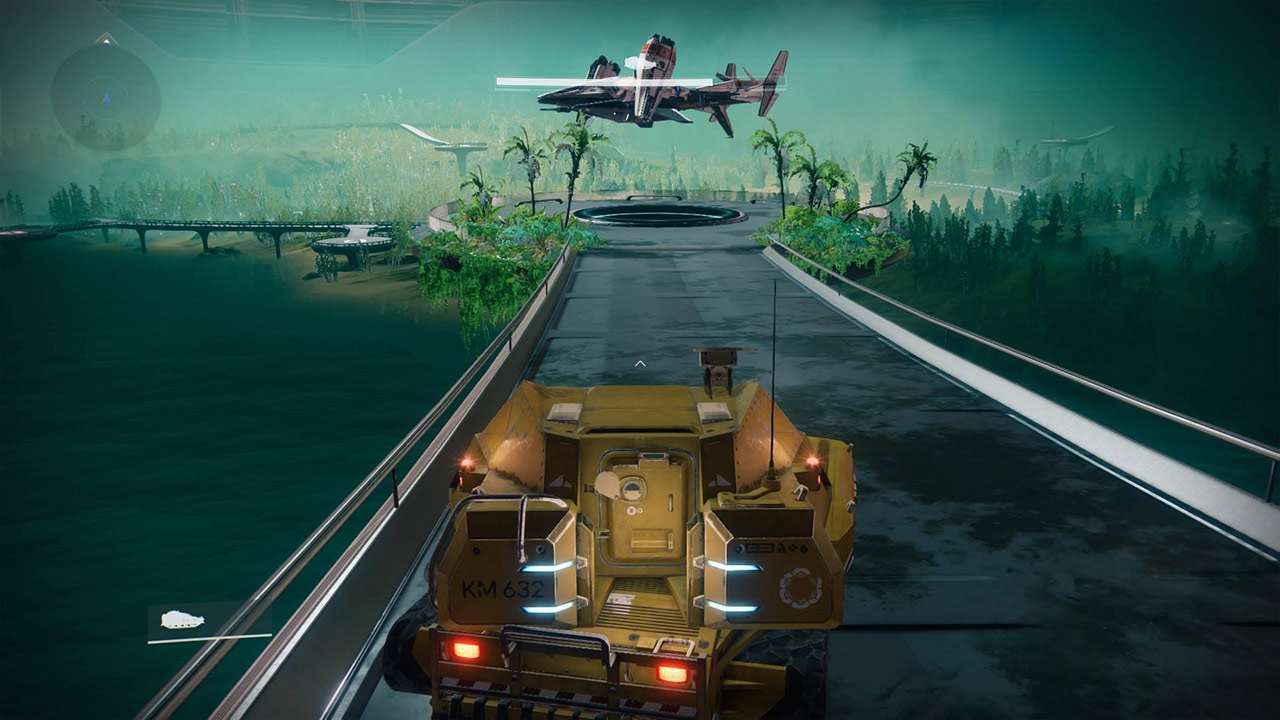 During your Destiny 2 journey, you’ll butt heads against all of the old foes you’ve come to know and love — from wizards and knights bombarding you from afar, to centurions crashing into close range blasting you into dust. It’s dangerous to get cocky and dive in with preheld notions of how they operate, however; each faction has learned new tricks, adapted their tactical approaches, and even command brand new units. Enemies such as servitors, once classifiable as dangerous but decently manageable, have quickly escalated the risk scale with their new abilities and ways to ruin the day of anyone throwing caution to the wind.

Open world exploration and its barrage of spontaneous public events has been improved upon, with more players allowed in open areas and jumping into the events. Where Destiny limited zones to four players per instance, Destiny 2 allows for a lot more, helping the world feel more alive as well as making public events more dynamic and bombastic, with a dozen guardians all raining down nova bombs, popping shields or shooting fire through the skies. Participating in public events is essential for reacquiring all subclasses for your character, as well as perhaps the most reliable way to push past the nefarious 260 Power gear limit which you’ll quickly reach.

Events tend to spawn every five minutes or so, are available in all open world locations, and are a fantastic way of getting quick and easy loot. If you’re levelling more than one character and don’t fancy grinding the storyline a second (or third) time, public events also double as a quick and efficient way to level up; possibly the fastest method of all. In our testing, looping around public events netted levels sooner than both storyline adventures and PVP matches. 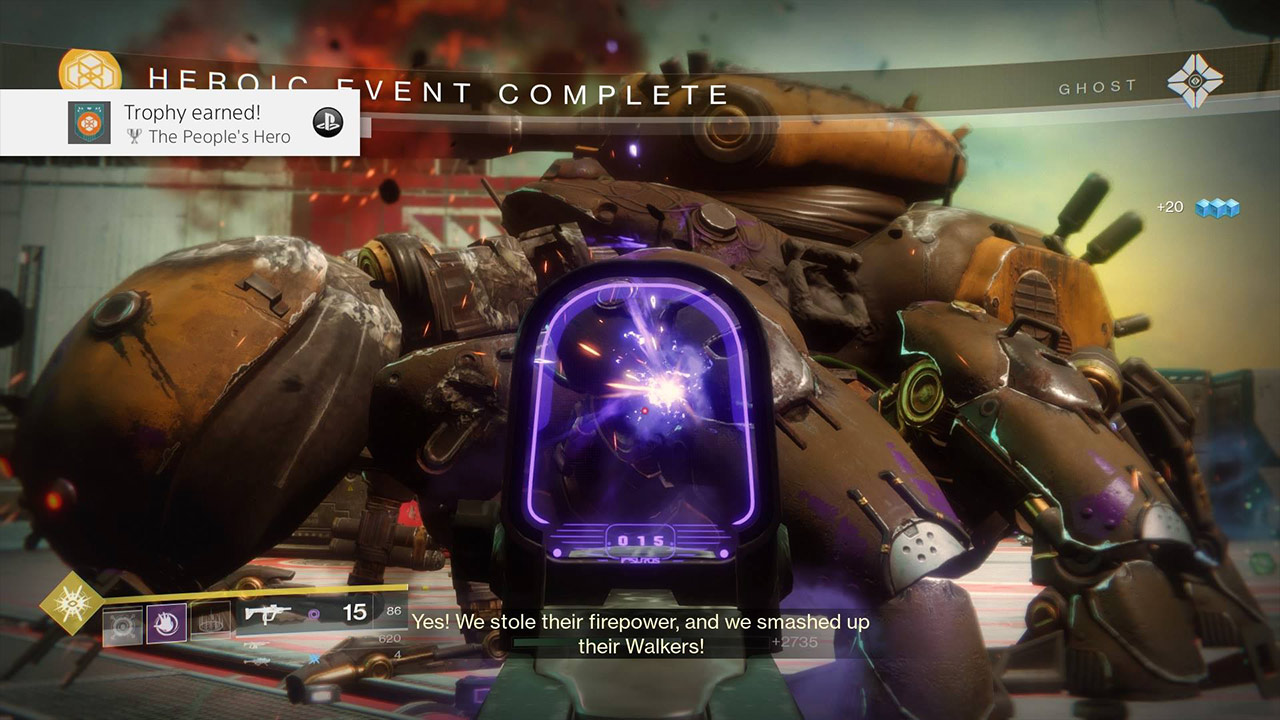 For those looking for more bang for their buck, each public event has a hidden trigger that switches it to heroic mode — oftentimes you’ll need to ignore the current objective of killing the swarming enemies, and instead destroy or engage a secondary objective. Upgrading a public event to heroic significantly increases the challenge, with stronger foes spawning in to rain hellfire down upon you, but this is naturally balanced with improved rewards. If you’re playing in a reliable party or have a few solid players in your zone, switching to heroic whenever possible makes sense; just remember to use cover judiciously.

Strikes and nightfalls, Destiny‘s three person version of classic MMO dungeons, make a return in Destiny 2 with few changes. You and a team of two others will be tasked with running through and clearing out a dangerous area full of elite monsters, hordes of bad guys, and the occasional big boss. The difficulty feels a little tougher than the original ones from Destiny, though that may simply be down to inexperience; most people running these right now are doing so for the first or second time, whereas we’ve had years to memorise Destiny‘s strikes. Things get much more interesting once you venture into a nightfall, of course: These are significantly tougher versions of strikes with strict time limits, and lock your loadout upon entry, making it impossible to switch weapons on the fly once you’ve started.

While that may not sound terrifying, it truly is: secondary and power (previously “heavy”) weapons in Destiny have elemental affinities that grant additional damage against foes weak against that element, or using shield technology that falters from its shots. Most of the time this is purely bonus damage and convenient when it drops a strong enemy faster, but nightfalls give elemental affinities to virtually everything you’re up against. If your teaam doesn’t have the correct weapon type to take a particular enemy down, it’s going to get very messy for you, so preparation is key to ensure your team is capable of dealing all types of damage to have any chance to clearing a nightfall. 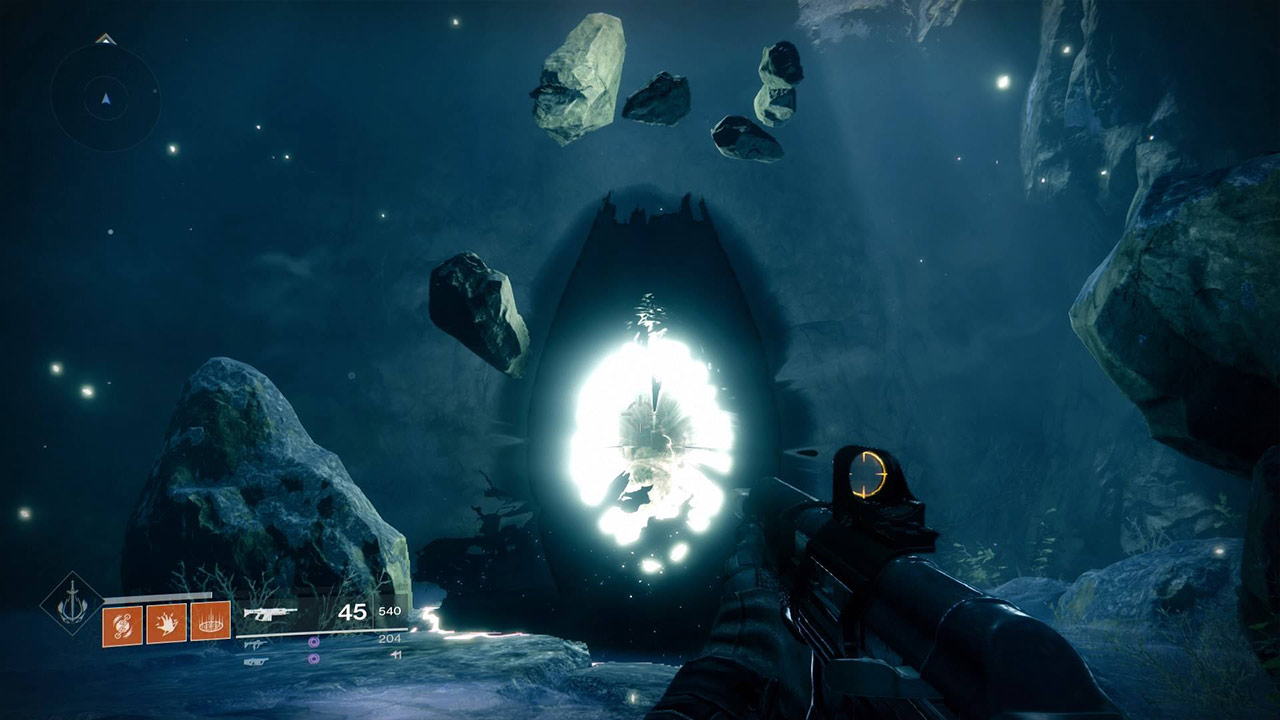 Unfortunately, unlike its predecessor Destiny 2 doesn’t allow specific strikes to be selected, practiced or looted at any time; instead, you’re stuck jumping into a playlist and hoping to get what you’re looking for. It’s a strange step back, especially given how much D2 has progressed in other areas. There are a few other spots where things feel like they’ve gone backwards; the first game gave a Sparrow — a personal hoverbike — early on, helping players navigate the large open world spaces, though Destiny 2 holds back on Sparrows until very late. I can only conclude that Bungie wants players to explore areas more readily and more thoroughly, not to mention having enemies scattered around the zones be more of a threat rather than blurs to speed past, but it does feel a little unwieldy having to race around on foot for so long.

The Crucible and the Trials

We’ve talked about co-operative modes until now, but a big draw of Destiny is its PVP. With the game coming to PC for the first time and hoping to draw players away from the likes of Overwatch and CS:GO, giants of the PC FPS world.

PVP has had more than just a lick of paint with Destiny 2; Bungie have clearly paid attention to professional play and learned how to tweak it’s competitive format. Teams are now just four people per side meaning each player has a much greater impact on the match outcome as a whole. Additionally, the UI offers a wealth of information previously unavailable, such as the location and availability of power ammo, but the biggest impact is perhaps a team status bar near the top of the screen.

With just a glance, not only are you now able to see who is alive on each team, but their chosen class and whether they have their super ready to fire. This is a massive quality of life change, and really helps prepare for incoming threats as well as co-ordinate takedowns and assaults with your team. 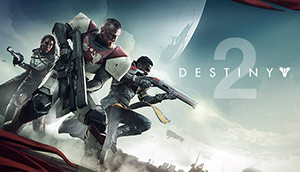