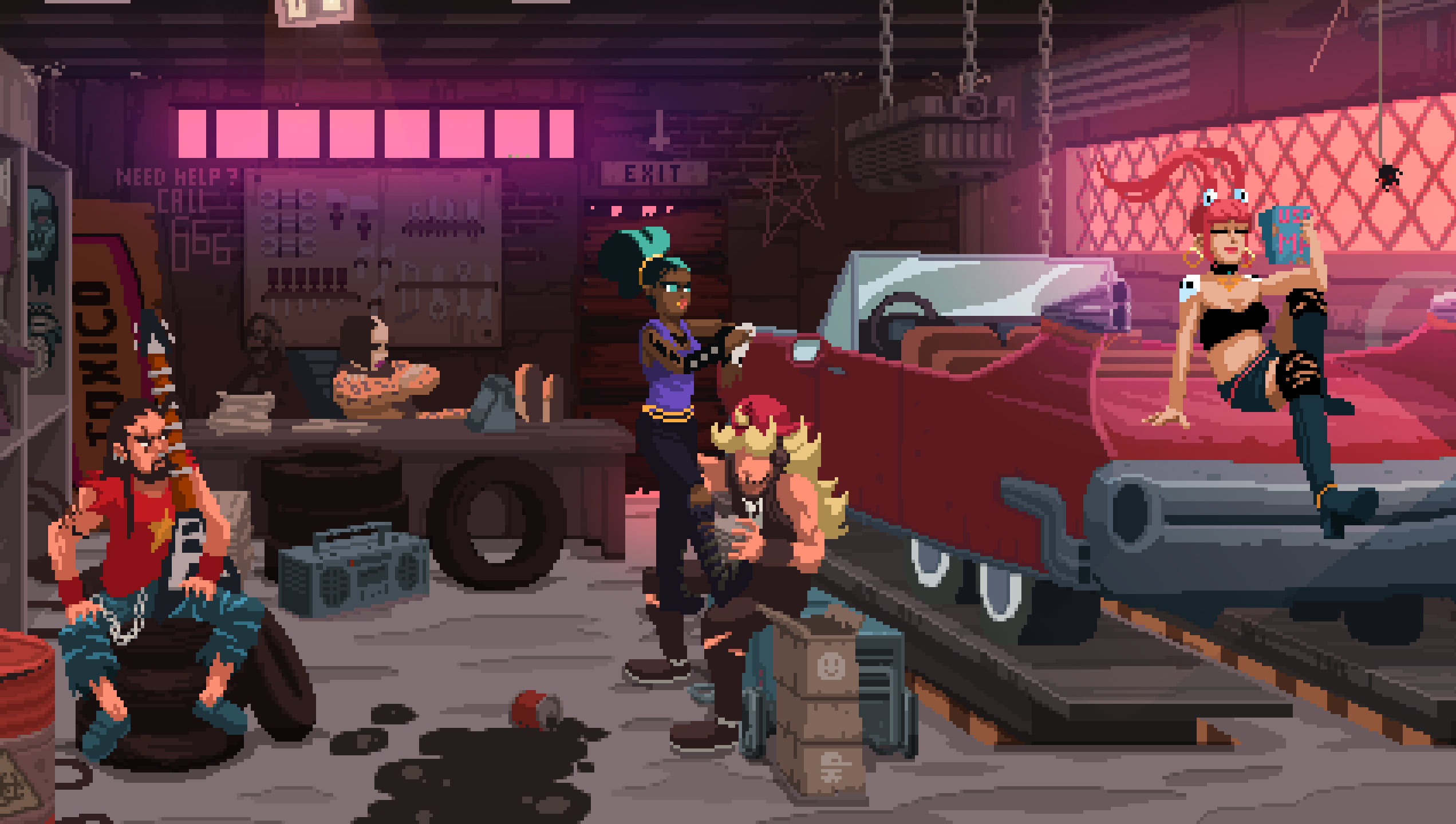 Heavy metal rhythm game Double Kick Heroes launches into early access this week, following a band as they flee from a zombie apocalypse while fighting off the hordes with the power of metal.

There’s never enough music and rhythm games out there, so I always jump at the chance to dive into a new one. Double Kick Heroes bucks the trend of various dance/pop songs, instead focusing on a soundtrack full of rock and metal.

As someone who has been into metal since being introduced to Sepultura in the mid-90s, I was very interested to see how a rhythm game based around metal would turn out; after all, both Guitar Hero and Rock Band have captivated players the world over, though those titles include a much wider range of genres overall. Double Kick Heroes focuses on different metal styles, from a ‘beach rock’ groove to screaming death metal, and while it helps attract metalheads to the game it ultimately makes the game a little tiresome to play after some time.

The key problem Heroes has right now is intensity and pacing. Most of the metal tracks thrash and pound in a headbanging, keyboard smashing fashion — great in bursts, but exhausting when maintained over time. A dynamic range of intensity is key to keeping balance between intense, exciting moments, and quieter ones to help players relax.

While Rock Band players could move from a thunderous Judas Priest song to unwinding with a Freezepop tune, there’s not enough downtime in Heroes without physically having a break from the game and putting it away.

Outside of the lack of song intensity variety, my biggest gripe is perhaps the time it takes to dive into getting more complex songs. Even at higher difficulties — with Double Kick Heroes following the trend of tougher difficulties including additional buttons to press — it takes a few songs for those extra notes to kick in. Having to play through the initial songs with just the kickdrum feels a little underwhelming, especially for rhythm game veterans. 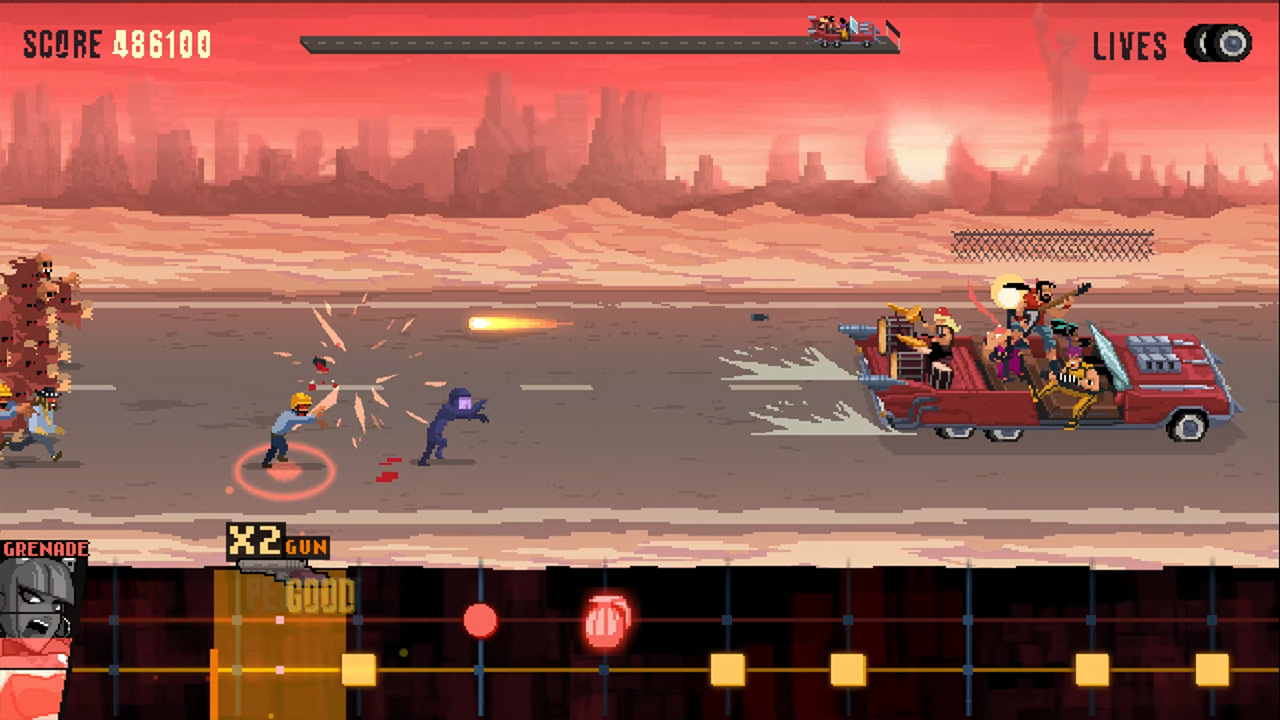 Double Kick Heroes is still in an early state but seems to have a lot of new songs still in the works, with the game’s store page stating that they’re aiming for another 10-15 songs to be released over the next six months. Songs that are mostly complete can be accessed from within the game if you’re after a taste of what’s coming up next, but it is pretty easy to blow through the current roster of songs if you’re familiar with rhythm games.

Expanding on the song selection a little is the interesting editor mode, where players can import tracks from their PC and put together a level to share with the community. If you’ve ever fired up StepMania and drafted some custom songs you’ll feel right at home within Heroes‘ editor system, with the key difference (to avoid copyright infringement) being that downloading other players’ songs only imports the beat markers themselves; you’ll need a local MP3 copy of those songs yourself. It’s a nice little feature and there are already a solid number of fun songs to grab from the game’s custom song area.

Interestingly, the game is compatible with typical rhythm game accessories, so if you’ve got a Rock Band kit lying about and can easily connect it to your computer, you’ll have a much more enjoyable time. I’m looking forward to being able to dig out our old RB drum kit and hooking it up here, as I expect it to be by far the most fun way to experience Double Kick Heroes.

All in all, Double Kick Heroes is certainly a fun diversion so far. Metal is absolutely its niche, so if loud guitar and pounding kickdrums aren’t your thing, look elsewhere; otherwise this is a solidly enjoyable game that we hope will continue to evolve as new songs are added.