Harking back to the 1990s silver age of platformers, Pankapu follows the arduous journey through the world of dreams by Pankapu the Dreamkeeper, narrated as a story to a troubled child.

Split across multiple chapters, Pankapu is a deceptively tricky 2D platformer where you play as guardian Pankapu, who slowly gains the ability to switch classes and new powers as he ventures through the colorful world of Omnia.

Not everything is a dream

Drawing inspiration from various sources from classic Mega Man and Final Fantasy games to real-world culture and Lakota mythology, Pankapu follows the difficult journey of a dream guardian as he struggles to save Omnia, world of dreams from a nightmare invasion lead by the nefarious Gangreyn. Along his journey he’ll meet plenty of new friends, who’ll bestow new powers upon him to help progress through his fight against the darkness.

On the surface, Pankapu seems like standard, even simplistic platformer fare, but its cute graphics and whimsical aesthetic belie devious design found throughout the game. Once you scratch the surface of Pankapu you’ll see that completionists and challenge lovers have plenty to find if they’re willing to put work in to 100% the game, while still being completed fairly easily if you blast your way through and thus suitable for younger players.

Spread throughout every level in the game are collectible creatures called mudjins, which contribute towards increasing your healthpool everytime you hit a collection milestone. While you’ll find a lot of these simply by progressing in your travels, most of those are tucked away, hidden behind decorative foregrounds, slightly off-screen, or beyond hazards which you may not yet have the means of bypassing. 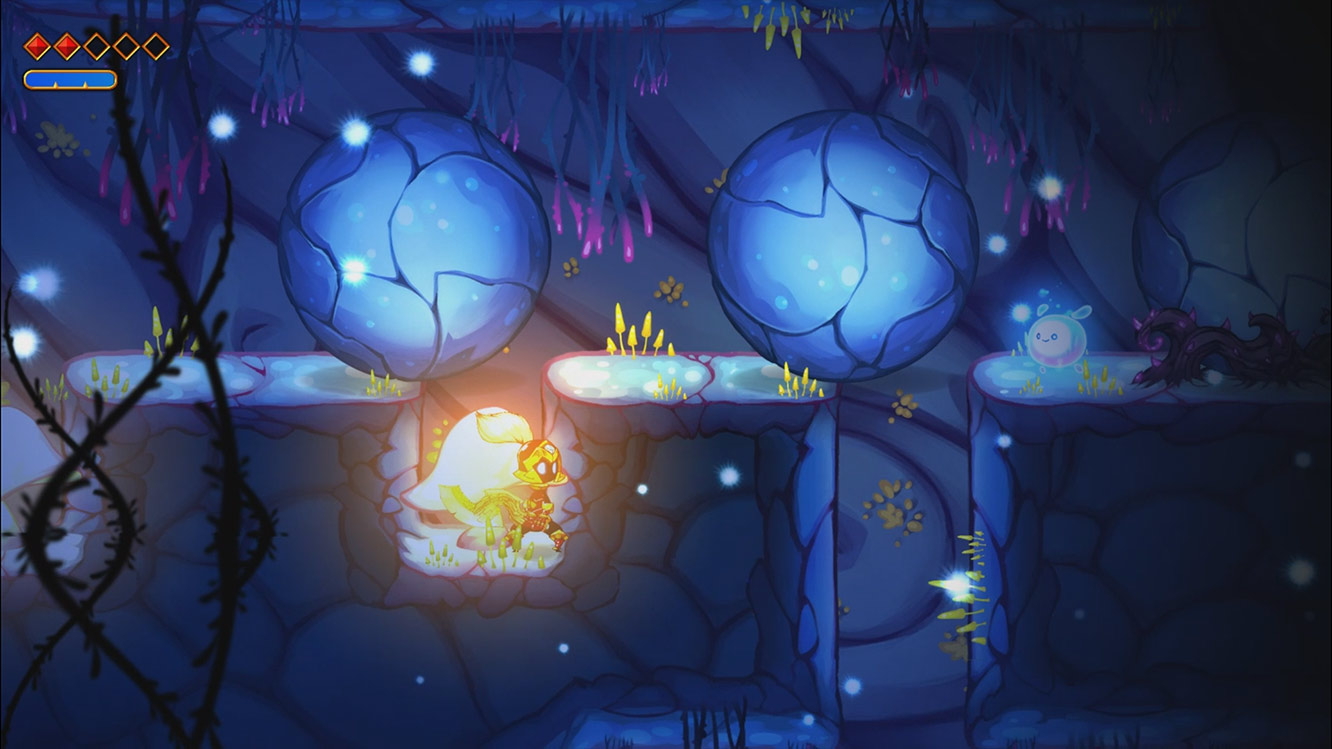 You’ll start the game as a knight of sorts, with a hefty sword which can be soon be empowered thanks to elemental forces called nebulae, granting additional strengths such as adding eruptions of rocks from the ground to your sword swings. It isn’t too long before you start collecting other classes — first an archer, and later a mage — which once acquired can be swapped between on the spot.

This becomes a crucial mechanic throughout the game, as different classes are required to bypass various hazards; certain enemies are too dangerous to fight in melee range, or swapping to the lightly-armored archer can let Pankapu walk over unsteady terrain that his heavily-armored warrior version could not. 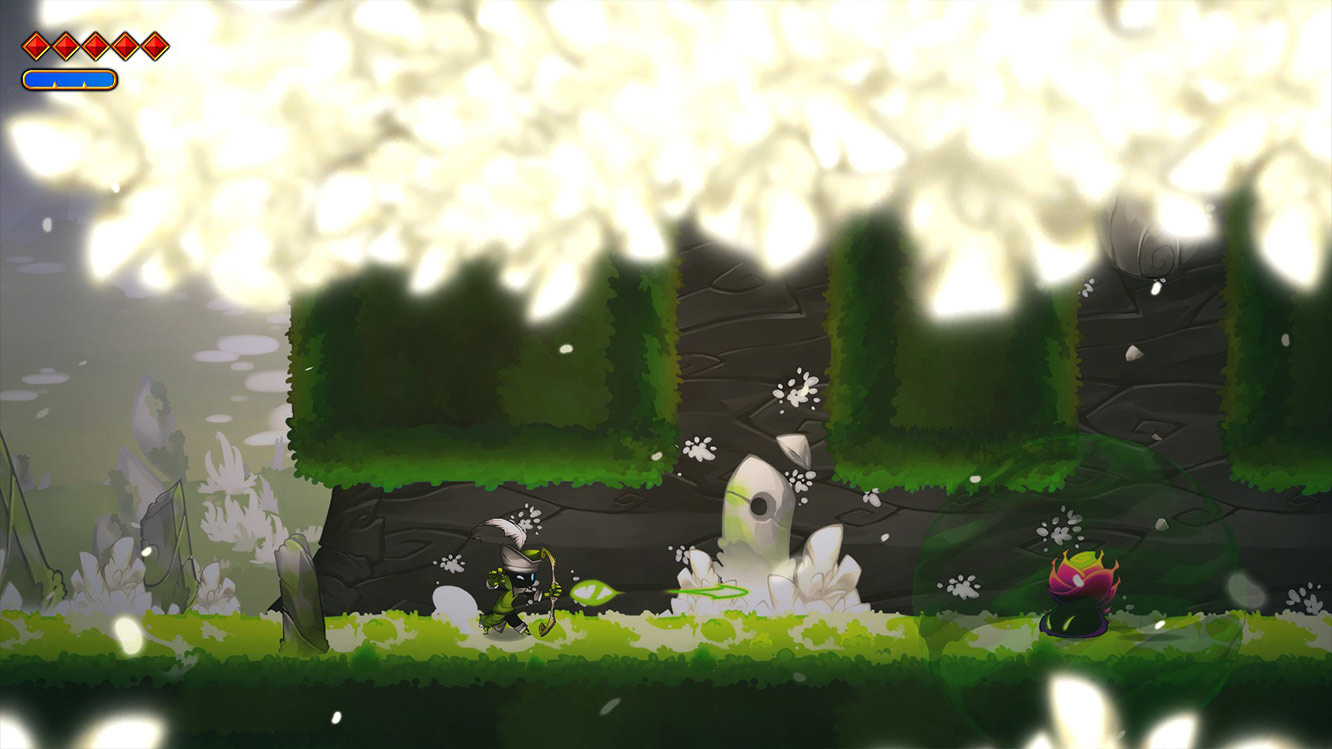 Difficulty is probably Pankapu‘s weakest point; tuning level design and collectibles is no easy task, and it feels a little haphazard in places as you progress. One moment you can be smoothly running through a level, seamlessly collecting all of the available mudjins, before having to struggle through multiple deaths in the very next level.

Balance seems a little strange at times, and for completionists who are looking to collect every single pickup Pankapu will likely be a source of frustration, with plenty of collectibles requiring precise timing and positioning with no room for error, especially with the multitude of levels and paths where you only get one chance to grab a pick-up before having to kill yourself to head back to a previous checkpoint. 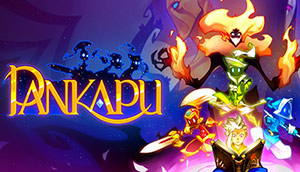