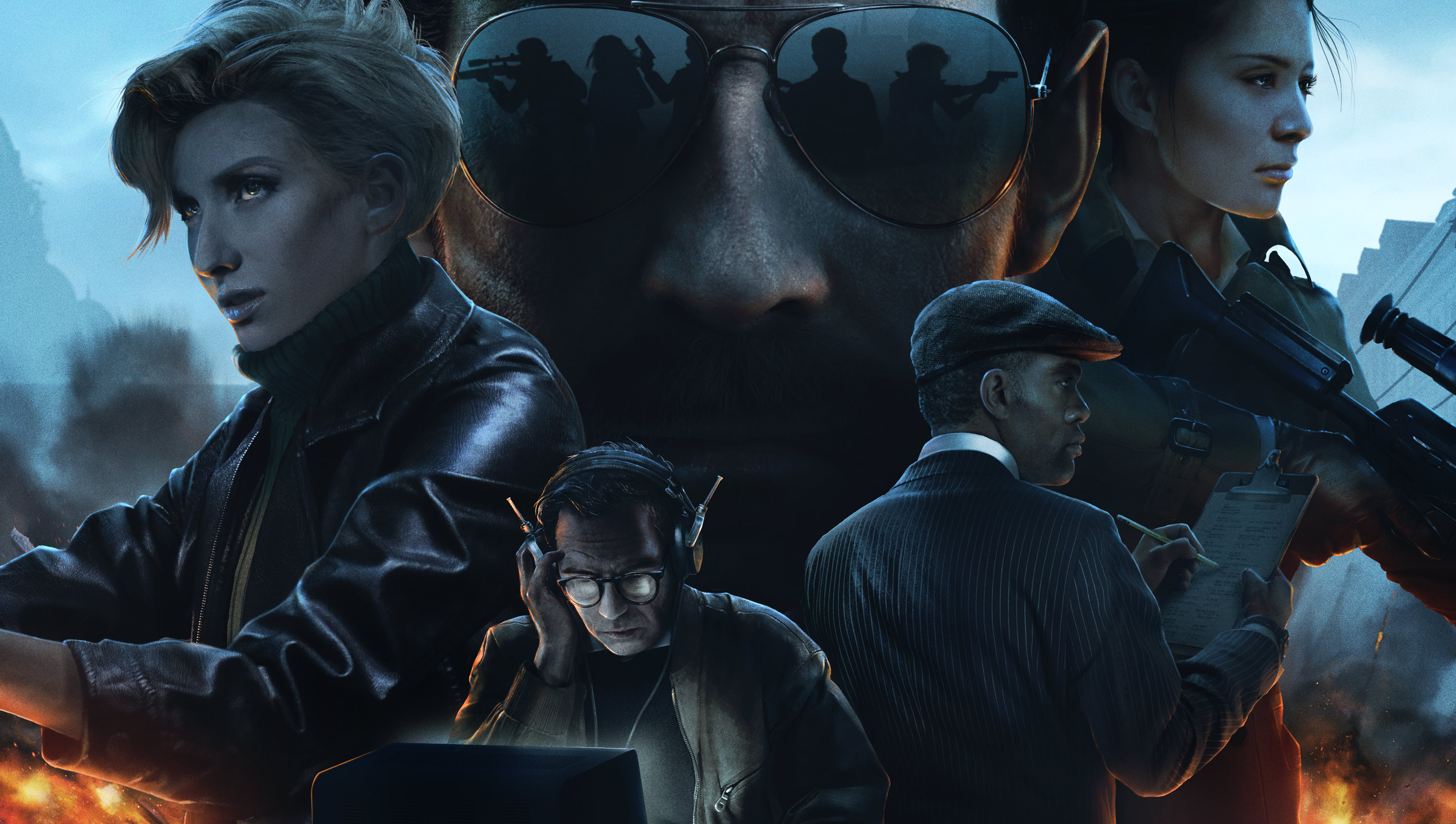 While some may initially dismiss it as “XCOM with spies”, Phantom Doctrine is far richer than that, standing strongly on its own merits with an evolving story of espionage and domination.

Turn-based tactical shooter Phantom Doctrine doesn’t bother hiding its influences; instead, it smartly takes the most useful parts of its peers and blends them with a number of new features to build a fresh experience that XCOM fans should take a look at.

Phantom Doctrine taps into the classic espionage tales of yesteryear, centering around an array of shady characters and unravelling how they, and various governmental figures, are connected. The story is a little pulp, and while the acting can feel a little flat, the story as a whole feels interesting. The story also changes depending on how you choose your initial background, with three different key backgrounds to choose from (CIA, KGB, Mossad), one of which is initially locked for reasons clarified late in the story.

One of the main ways Doctrine pulls you into its story — and one of the ways it differentiates itself from XCOM — is through the use of basic detective work. While missions are the standard boots on the ground turn based tactical action you’d expect, the downtime between them is filled with sending agents out to collect intel on various enemy targets, and putting together photos, intercepted communications and dossiers in classic strings and corkboard fashion. 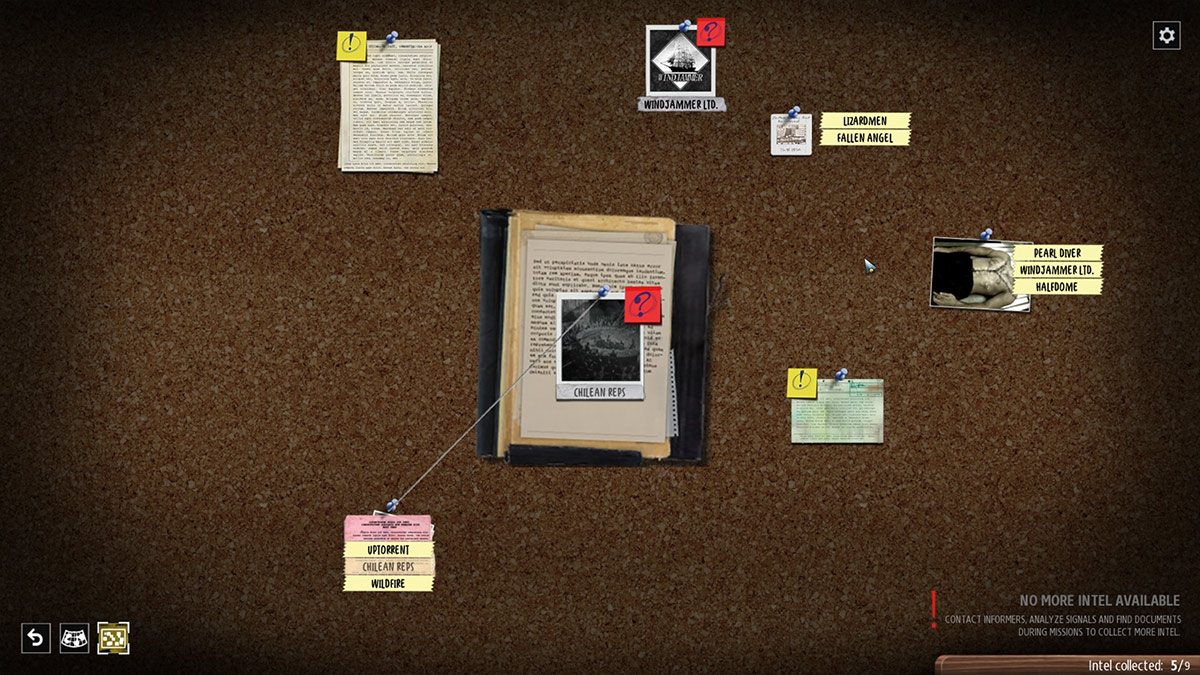 Each piece of intel gathered by your ever-expanding roster of agents is linked to names and places, which you’ll often have to pick out from semi-redacted memos and wire communications. You might be working on a case involving a John Doe, who you know works with Hell’s Angels, and later find a useful piece of intel which connects the Angels to the CIA, ultimately linking Doe to the CIA and opening up new leads to investigate on the map.

The world map is where you juggle your active agents, sending them out to investigate cities with suspicious activity. Not all leads pan out, but sometimes you’ll discover new sources of intel about those working against you, and even unlock informers — useful citizens who are able to regularly disclose detailed secrets, such as enemy intel or blueprints for new agent equipment. Naturally, informants draw the ire of those whose secrets are being spilled, and they’ll regularly become endangered, enemy agents threatening to assassinate them unless you send agents to intervene.

While sending out your agents is relatively straightforward at first, soon you’ll discover the dangers of spreading yourself too thin. Keep all of your informers well protected, and you may not have enough experienced agents to carry you through your next big mission. And while agents out in the open gather intel and gradually earn experience, they’ll also attract heat over time, blowing their cover and reducing their chances of success until they can go to ground for a while. 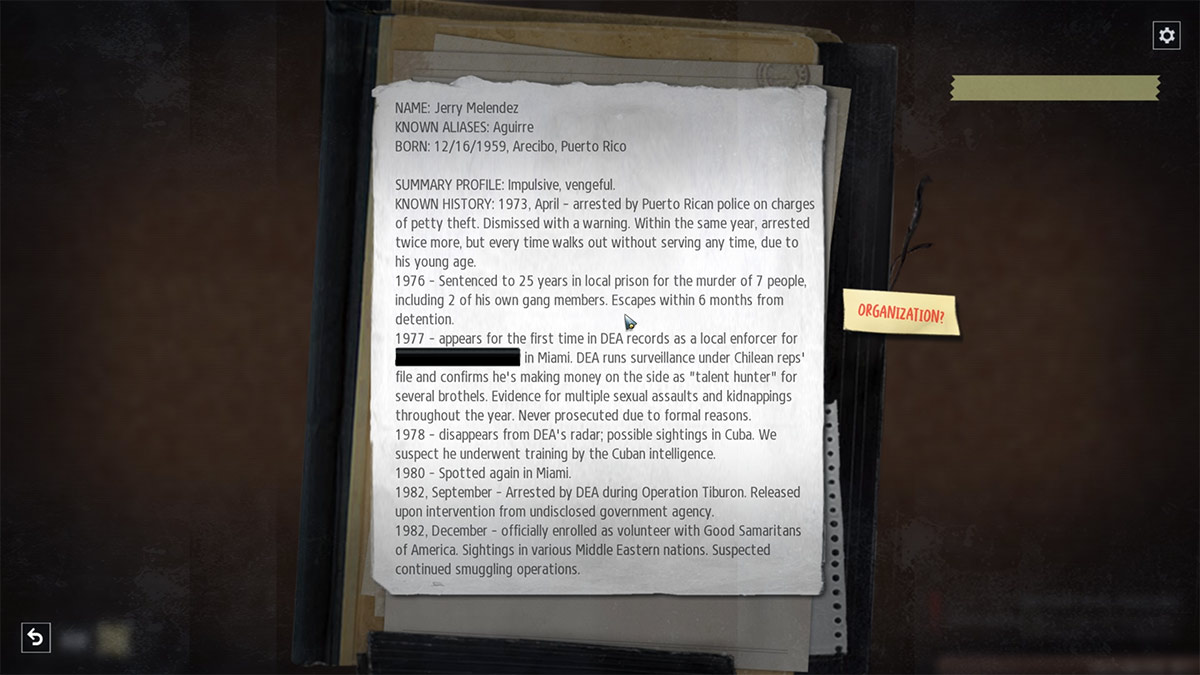 All of this heat reflects back on your own base, too; enemies have spies of their own, and over time your base will become increasingly more endangered, meaning you’ll have to pack up your headquarters and move to a new locale.

The core gameplay is of course the turn-based shootouts, where you’ll need to take down enemy agents, rescue and extract hostages or high value targets, and secure valuable intel to aid with the investigation board. XCOM veterans will settle in comfortably at first, but there are a number of key differences in how Phantom Doctrine approaches combat missions in general.

While the XCOM series has been pushing towards Syndicate style faster paced gameplay, encouraging players to rush in and take down foes quickly, Doctrine favors a slower pace and a more tactical approach overall. Agents can be sent to scout a combat mission beforehand if you have the time and agents available, which opens up support abilities such as having spotters reveal areas through the fog of war to avoid ambushes or better plan an attack.

Equipping disguises will allow your agents to trespass through areas where they’d otherwise trigger alarms, though doing so restricts their weapon loadout — scientists or office staff don’t typically walk around with assault rifles on their back, after all. Smart use of support skills and exploring mission areas in disguise quickly become essential to success, as enemies are very quick to hunt and take you down once they’re alerted to your presence, with reinforcements regularly called in every few turns to make sure you don’t get complacent. 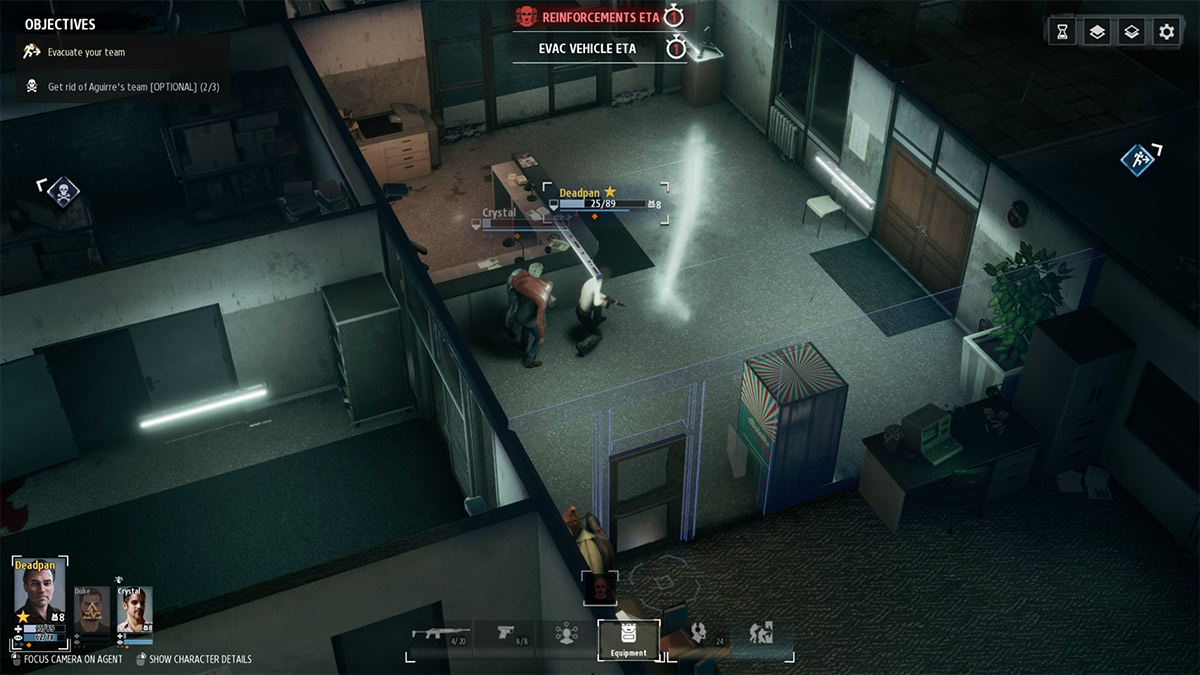 In fact, Phantom Doctrine has a surprisingly tough difficulty curve, regardless of whether you’re coming from similar games or new to the genre. While the first 5-10 hours are fairly straightforward and serve as an extended tutorial, the remaining 30-40 hours of gameplay abruptly shifts into full speed, and it can feel a little jarring to suddenly start failing missions multiple times over.

The gameplay is interesting enough to warrant pushing through, but repeatedly playing through some of the highly demanding missions can take a toll, and it’ll dissuade more casual players who just want to see the story through to its conclusion. If you prefer playing these games in a stealthy, low combat approach then Doctrine is perfect; those who like going in guns blazing will quickly find that enemies here will readily gun you down before you can blink. 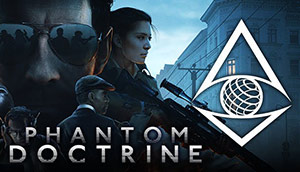