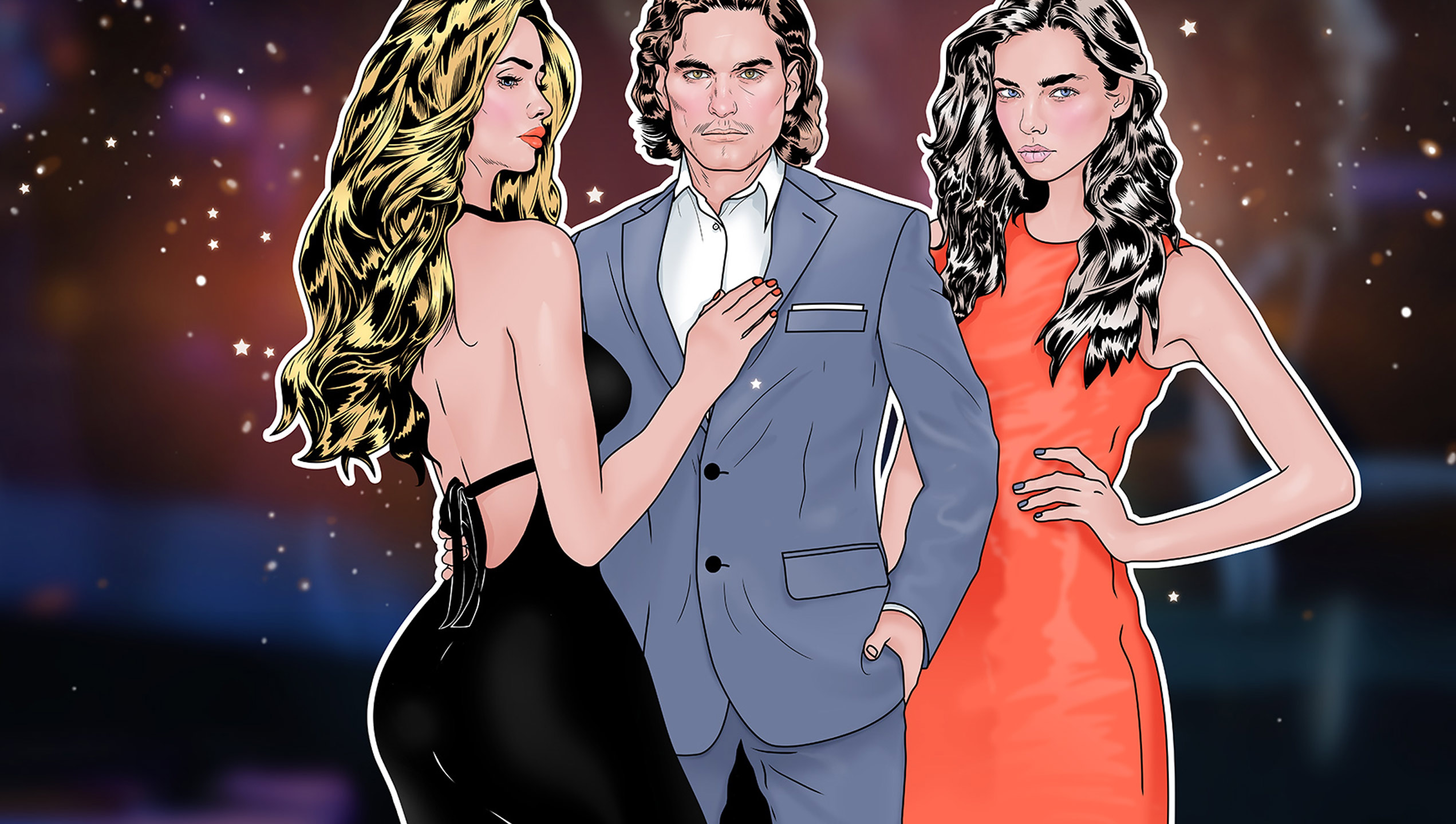 More training tool than game, Super Seducer drops you into a variety of environments with beautiful women, letting you choose step by step how to steer conversations in order to ultimately make the girl yours.

Reminiscent of those FMV-filled titles from the mid-1990s, Super Seducer plays like an interactive movie, pausing between dialog to offer choices in how to react to things girls say with the goal of getting their phone number, a date, or taking them home. The game bills itself as a tool to showcase and demonstrate various techniques in order to guide conversations smoothly and ultimately teach men to comfortably attract the desirable women they’d want in their life.

As a huge fan of social psychology and learning how people think and work, I’ll admit I’ve read plenty of material from the original pick-up artists back in the days when it was a new scene full of fresh ideas and learning as they went, long before it was popularised by mainstream media such as the infamous The Game book by Neil Strauss. I’m familiar with the classic foundations of pick-up as pioneered by the likes of Ross Jeffries, Mystery, and David DeAngelo — use of storytelling, routines and NLP, “negging” (backhanded compliments), and charismatic confidence above all else.

Super Seducer comes from the mind of pick-up artist Richard La Ruina, someone I admit I’ve never heard of, though this likely down to the simple fact that pick-up hasn’t really been a field I’ve looked into for a good decade or more at this point. I’ll trust that he is at least reasonably popular in the scene, and judging by his talking points in the game itself he has at the very least a solid foundational understanding of pick-up as crafted by experts before him.

Gameplay isn’t really on offer here; Super Seducer plays more like a training DVD or simplistic choose your own adventure, with pauses between each segment of important dialog. You may be talking to a girl about what they’re currently up to, or chatting about hobbies, and various options will pop up on screen, each offering a different way of advancing the conversation further. These options generally range from nice guy to vulgar jerk, and while I considered it fairly obvious which option to go with was always best, others who’ve sat and tried the game alongside me weren’t so lucky, sometimes falling for being too nice and picking options that a friend, rather than a potential love interest, would do.

The game offers ten different chapters, each focusing on a particular scenario such as approaching a girl on the street, in a nightclub, or escalating friendship to a romantic relationship. Variety in location, any previous relationship with the girl, and number of girls involved mean each requires a slightly different approach to win, aiming to teach when various levels of flirting, physical behaviour, and casual interest are appropriate in each case. There are a fair number of different girls acting throughout Super Seducer, each with their own personality and interests but all broadly covering the base of an intelligent, attractive woman — this is the kind of person the game tries to teach you how to attract, after all. Most of the girls play their roles well, though stilted scripting makes for a few unintentionally awkward interactions that feel forced, rather than natural.

While there are a number of obscene and rude responses that are clearly wrong and exist just as funny options to see what would happen if you were unfortunate enough to try, some of the genuinely possible options are taken a little too far and end up a little uncomfortable to watch. An early example would be “Tell her all the things you like about her appearance”, which suggests mentioning you like her hair or dress; while something like this is often a wrong approach (it feels a little too nice/friend-like), Richard went on to spend about two minutes talking about every single tiny thing, an incredibly cringe-inducing address that wasn’t clear from the option. 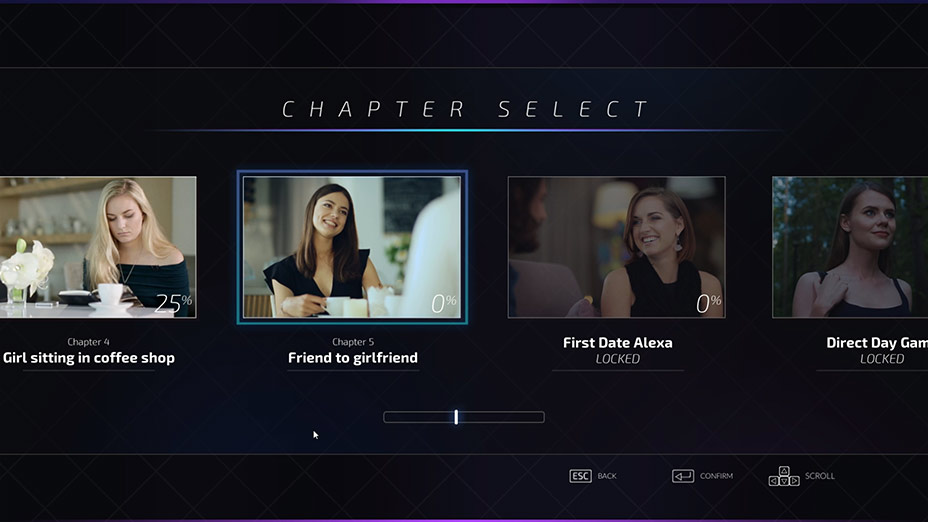 So, how effective is Super Seducer in teaching clueless guys how to chat to and attract girls? Well, that depends. For those who have no clue about any of these tools and techniques, guys who are left scratching their heads when their offers to buy a drink for the cute girl at the bar never pans out, the game could be useful — important principles such as honesty, playful teasing, and being confident will be useful for those who honestly don’t understand women. If you’re a man who often does the classic mistakes of being overly nice and polite, almost castrating yourself in the presence of highly attractive women, and wondering why they either ignore you or seem to brush you off rudely, this will be a useful eye-opener in what you’re doing wrong.

With that said, while Super Seducer does help explain to some extent why certain choices are the right ones, it doesn’t go too deeply into the reasoning and psychology behind things — if you’re interested in why exactly light body touching matters, or how teasing is a better approach than being nice, you’ll need to start really digging into sources outside of the game. 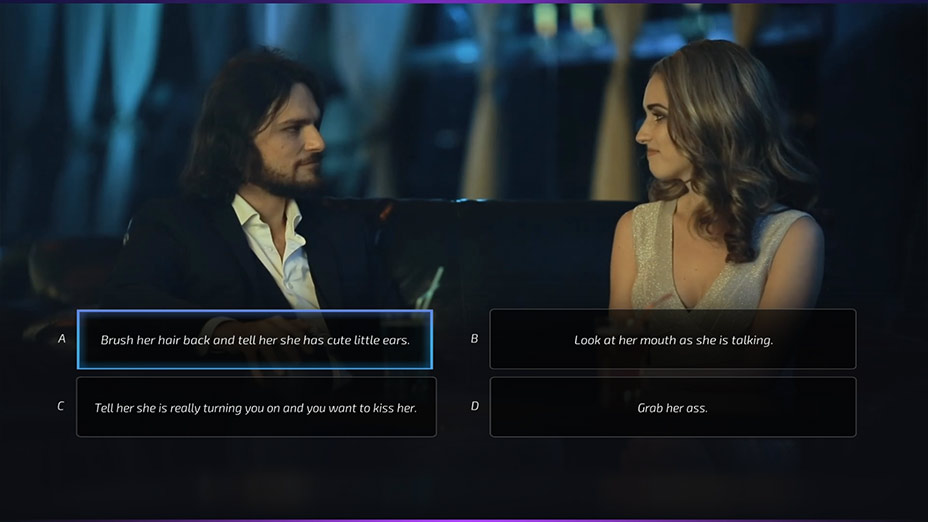